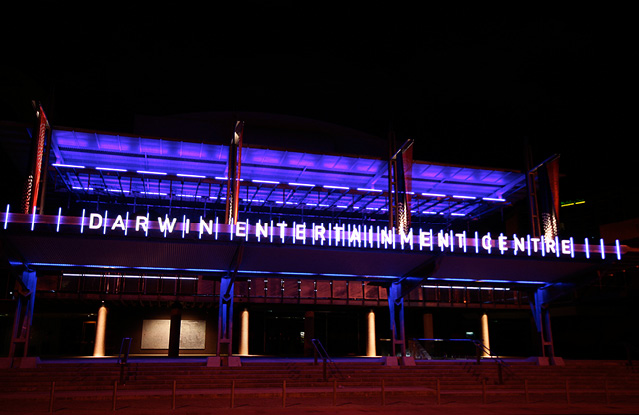 Work on the the mid 1980s facility included a range of internal upgrades, with new air conditioning to cope with the Northern Territory climate a key element.

“The airconditioning was pretty much on its last legs. So getting (Darwin City) Council, with some assistance from the Northern Territory Government, to commit to putting in a completely new system was probably the most important thing in terms of keeping the theatre alive moving forward.

“If we haven’t got airconditioning in Darwin, particularly from December through till the end of April, it’s just not functional.”

Now that the building has been made Territory-friendly, James says there will be much more to come from the entertainment hub, adding “it’s such a great theatre. A lot of people don’t realise it but in terms of our back stage facilities, we’ve got better facilities, in some respects, than the Sydney Opera House.”

James, who formerly managed Yothu Yindi, took on his role at the Entertainment Centre in 2013, at a time when it had recorded budget losses for five years running.

With the venue now reopened, he is committed to ensuring it hosts a full program of events and to making sure Darwin features on the national circuit and for ‘Australian-wide’ tours.

Mindful of the Territory’s thirst for premium entertainment, James made a concerted effort to secure American Idiot along with a range of other shows. 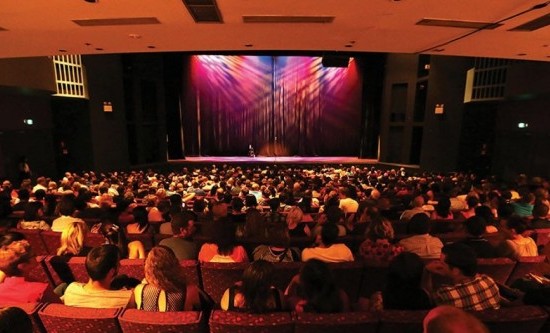 “Coming up in the next few weeks we’ve got the likes of Jimmy Barnes, Dan Sultan and Tex Perkins doing his Man in Black show.

“The theatre is perfectly suited to all of those shows. The only complaint anyone can level at us is that we don’t have a mosh pit.

“We are now respected on the national circuit by the artists and by the performing art centres around the country.”

James says there is a lot of groundwork done in getting the arts industry to look north.

He added “when I first started in the job I did some trips interstate and went door knocking basically to encourage shows to come here.

“The common reaction I got was ‘we used to go to Darwin and we haven’t been there for 10 years’. “I spent the first two years turning that around so that people actually considered Darwin as a part of the touring circuit. Now we absolutely are and you can see that from the sort of shows that are coming through.”

The centre is also finalising a five-year agreement with Darwin City Council, to manage the amphitheatre at the George Brown Botanic Gardens.

James concludes “so we’ll hopefully be able to play more of a role in getting really cool bands to Darwin.

“If we can actually work with Council and (Northern Territory) Government moving forward to find some resources we can turn that venue into the same standard that you’d find in the riverside stage in Brisbane.

“In addition to that we can provide good ticketing services, good marketing services and local advice, people might be more willing to take the risk and do concerts up here.”

Winner of two Tony Awards and the Grammy Award for Best Musical Show Album, American Idiot is the story of three boyhood friends, each searching for hope in a Trump-wary suburbia, discovering love, loss, drugs, sex and rock and roll along the way.