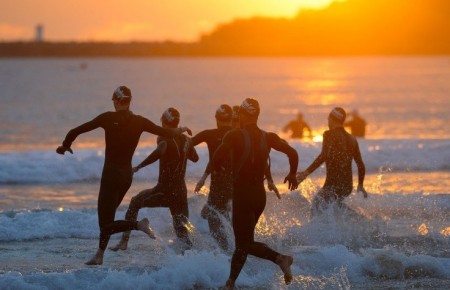 The acquisition is believed to have cost US$650 million.

Over recent years Dalian Wanda has expanded its business outside of its core areas of property development with a range of sport and leisure acquisitions and licensing arrangements along with the development of theme parks and attractions.

Earlier this year its acquired Swiss sports marketing company Infront Sports & Media Group as well as 20% stake in Spanish football club Atlético Madrid while in 2012 it the bought AMC cinema chain in the USA.

Commenting on the World Triathlon Corporation deal, Wang said it represented a further transition away from being “a traditional property company.”

With China’s stock markets currently in crisis, Wang, whose fortune is estimated by Forbes at US$26 billion, has said he not overly concerned, stating “Wanda’s operations will be unaffected.”

Founded in 1989, the World Triathlon Corporation owns and organises Ironman and Ironman branded-events around the world including the famous Ironman triathlon in Hawaii every year.

Wang admitted that while the sport has yet to catch on in China, he has no doubts that it would, adding “the middle class, the managers at the top 500 companies, these are people that have enough money, and now they are looking for something spiritual.”