Culture and tourism the ‘perfect marriage’ 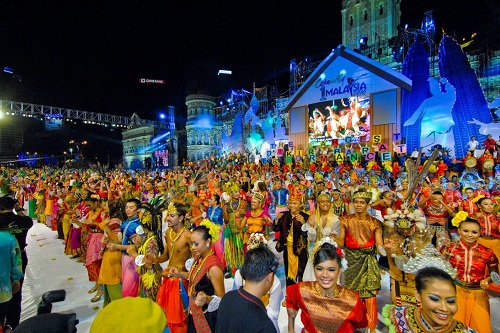 Visiting Auckland this week, Malaysia's Minister of Tourism and Culture, Dato' Seri Mohamed Nazri Abdul Aziz has highlighted the potential of merging of culture and tourism.

In New Zealand as part of a global campaign to attract more foreign visitors to Malaysia, Minister Nazri says his country's diverse cultures enhance the country's competitiveness and attractiveness as a travel destination.

Through the 2014 campaign, which has the theme 'Celebrating 1 Malaysia Truly Asia', Malaysia aims to attract 28 million visitors next year and generate revenue of Malaysia RM76 billion.

Minister Nazri explains "like New Zealand, where experiencing your Maori culture is a unique proposition for tourists, we know a major draw card is our melting pot of people and cultures that includes Malay, Chinese, Indian and the traditional tribes inhabiting the Sabah and Sarawak regions."

Malaysia aims to attract 86,000 New Zealand visitors next year through the campaign, an increase of 30% on figures for 2012, the most recent statistics available.

New Zealand is an important market for Malaysia and has great potential for growth, Minister Nazri says, adding "there are close historical and current ties between our two countries, including the warm friendship between our two Prime Ministers. Added to this there are the many young Malaysian students who come to New Zealand to study and there is an increasingly vibrant Malaysian business community here too.

"This coupled with Kiwis' appetite for overseas travel and adventure, makes Malaysia a dream-come-true destination.

"Very shortly there will be a range of specially priced holiday options available to appeal across the board – from budget-minded backpackers to people seeking luxury escapes at reasonable prices.

"And for families looking at a holiday in the region there will be packages including our new Legoland attraction in Johor - just 45 minutes from downtown Singapore. " 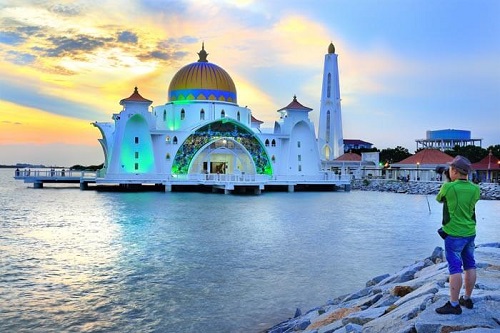 As part of tonight's promotion to the travel industry that will sell these packages, Nazri, together with Tourism Malaysia's Director General Mizra Mohammad Taiyab and the New Zealand Director Zalina Ahmad, hosts a gala evening showcasing some of Malaysia's varied culture through cuisine, music and dance performed by a troupe travelling with the Malaysian delegation.

Cultural tourism is one of the largest and fastest-growing tourism sectors globally, Nazri says, frequently opening up new business and job opportunities in communities within a country and often in remote regions.

Minister Nazri concluded "cultural tourism not only makes for enjoyable experiences for visitors, but also creates greater understanding among different peoples and enriches the life experiences of the residents, renewing their pride in their heritage and their desire to preserve it."

Nazri says visitors to Malaysia are often surprised to find all of Asia's ethnic groups living together in harmony. One of the visual expressions of this acceptance of each other's cultures and creeds is the close proximity in many areas of mosques, temples and churches.

More than 100 special events will be staged in Malaysia in 2014, including the Formula 1 Petronas Malaysia Grand Prix (from 21st to 23rd March) along with grand parades and colourful shows, with another mega celebration on 31st August to mark National Day to commemorate the 1957 independence from British rule.

Malaysia will also be hosting an array of international conventions, conferences and meetings in 2014 including the Health & Fitness Sports Expo (incorporating Outdoor Adventure), the 9th Malaysia International Dive Expo (MIDE) and the Asia Pacific Regional Congress of the International Federation of Landscape Architects.

For more information go to www.tourismmalaysia.gov.my