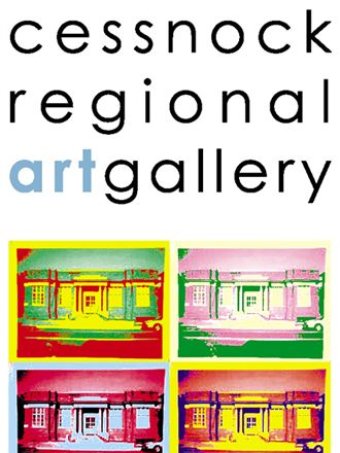 Cessnock Regional Art Gallery is facing closure after Cessnock City Council rejected a request for $36,000 in emergency funding to keep the gallery operating.

The Gallery had asked for the financial backing to allow it to remain open until the middle of the year fearing that without Council support it will have to close in the coming weeks.

However, the Council rejected the funding plea, with Mayor Bob Pynsent highlighting that the Council has already given the Gallery $120,000 over the last two years, while also waiving $35,000 in rent each year.

“(While) I think we need an art gallery of some sort whether it's the model that's been running for the last couple of years, or not, we will know when we have the strategic review report, which comes back within the month."

Mayor Pynsent fears that the Gallery is financially unsustainable, and its artwork can be exhibited in other council-owned facilities.

He added “we can't just keep going the way the model is - it's unsustainable and there's got to be another way.

"I'm hoping that we can use other council facilities to exhibit art - use the performing arts centre and our libraries in the interim while a strategic review comes back.

"The cost blowout in running the art gallery, council is at the point now where enough is enough."

Barnes stated “essentially, unless we can find that other money from other sources, which is highly doubtful, we'll have to close.

"We're already on a very small staff, so any reductions we make that way will essentially mean we're all voluntary, and we'll see how that goes."

Michael Rolfe, Chief Executive of Museums and Galleries New South Wales, fears the economic benefits of a regional gallery have not been taken into account.

Rolfe added “we understand of course that local government does face financial pressures, but it's well documented that cultural facilities in towns, such as Cessnock, are actually quite effective economic generators for the community.

Gallery strategies to stay open include a special exhibition and art auction, possibly in the first week of May, while other fundraising activities and expenditure-saving measures will be explored.

Cessnock City Council is currently conducting a strategic review on the need for an art gallery, with the outcomes to be reported in coming weeks.

Council’s consideration of 2014/15 funding for the art gallery ($60,000) was suspended last year pending the outcome of the strategic review.

In addition, the NSW Government also withheld funding in 2015 after providing $40,000 last year, something Dr. Barnes puts down to a “perceived absence of council support”.

He said this effective loss of $100,000 in income had forced the gallery to rely on its cash reserves, hence the plea for the $36,000 in emergency funding, which would have taken it through until the end of the financial year.

Since its inception in 2009, the Gallery has been funded by a combination of private and corporate donations, grant funding from arts organisations and Arts NSW, and some in-kind and occasional financial support from Council.