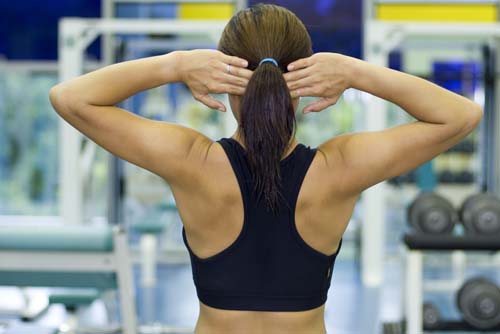 Consumer NZ has launched a campaign to target the use of unfair terms in consumer contracts, with fitness club membership contracts to be one of the first targets of its campaign.

Consumer NZ Chief Executive Sue Chetwin said the 'Play Fair' campaign, launched this week, had been timed to coincide with a ban on unfair terms which came into effect 17th March.

Chetwin said companies had been given generous notice of the ban to give them time to review their contracts and remove unfair terms but explained "there’s little evidence this had happened.

"(As a result) we’re launching our ‘Play Fair’ campaign to highlight companies which continue to use unfair terms despite the ban."

These terms unfairly privilege the seller over the buyer, Chetwin adding that "they can include terms that give the company unilateral rights to vary the contract, the goods or services supplied, or even the price.”

Chetwin said gym contracts would be one of the first targets of its campaign.

She explained "gym contracts can give the gym wide-ranging rights to vary its services.

"But the rights available to the consumer may be extremely limited and costly to use."

Consumer NZ cites Australia, which has had a ban on unfair terms since 2010, where companies are being taken to court over the use of these terms.

A Federal Court ruling in 2013 forced an Australian telco to remove terms that gave it unilateral rights to cancel and to vary the price without allowing customers to opt out.

Chetwin said the ban on unfair terms was one of the most significant changes to New Zealand’s consumer law in the past 20 years.

The ban, introduced in amendments to the Fair Trading Act in 2013, will apply to unfair terms in standard-form consumer contracts – the pre-written terms and conditions used by electricity retailers, telcos, finance providers, pay-TV operators and many other companies.

Chetwin said Consumer would be filing complaints with the Commerce Commission about any company which continues to use unfair terms since the ban took effect on 17th March.

What’s the definition on an unfair term?
The Fair Trading Act defines a term as unfair if it:
• Would cause a significant imbalance between the rights of the company and the consumer
• Is not reasonably necessary to protect the legitimate interests of the company
• Would cause detriment, whether financial or otherwise, to the consumer if it were to be applied or relied on.

Does the ban apply to all contracts?
The ban applies to standard-form consumer contracts which are entered into, varied or renewed from 17 March 2015. However, the ban won’t apply to insurance contracts. After successful lobbying, the insurance industry was exempted from the ban. The exemption means any existing insurance policy is allowed to contain unfair terms. The ban will only apply with limited effect to new insurance policies taken out after 17 March.

Who can challenge an unfair term?
At present, only the Commerce Commission can challenge unfair terms in the courts. However, anyone can ask the commission to seek a declaration from the court that a term is unfair. Consumer NZ would like the law amended so individual consumers can also challenge these terms.

What are the penalties for including unfair terms in a consumer contract?
Any company which tries to impose an unfair term on its customers runs the risk of breaching the Fair Trading Act and a $600,000 fine.

For more information go to www.consumer.org.nz/playfair