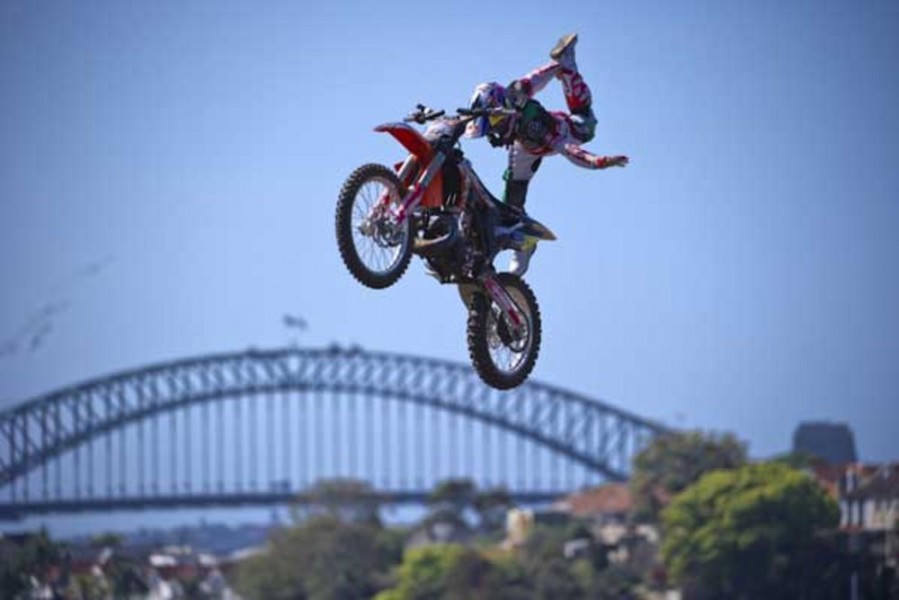 It's the sixth and final stop for the series that will see Australian Robbie Maddison, the world record-holder for the longest jump on two-wheels, contest the coveted event on Cockatoo Island in Sydney Harbour.

Madison will be battling with top freestyle motocross riders, including world champion Nate Adams, will be making the journey Down Under to take out the Red Bull X-Fighters crown.

The day will see Cockatoo Island's former industrial spaces will be taken over by the gravity-defying dirt bike devils, scaling heights of 15-metres in search of that elusive no-handed backflip, with Sydney Harbour as the backdrop.

Created in 2001, Red Bull X-Fighters has grown to become the biggest and most respected freestyle motocross tour on the planet, featuring the world's best riders throwing down mad tricks in stunning locations across the globe. The top FMX riders in the world are set to step it up once again and push the sport forward as they visit brand new locations and bring the sport of freestyle motocross to new countries around the globe.

Located 15 minutes by ferry from Circular Quay and managed by the Sydney Harbour Federation Trust, Cockatoo Island features unique remnants of the island's history across its 18 hectares, including solitary prison cells, hand carved grain silos, a military guardhouse and convict workshops. The island was also an industrial school, a reformatory and one of Australia's biggest shipyards.