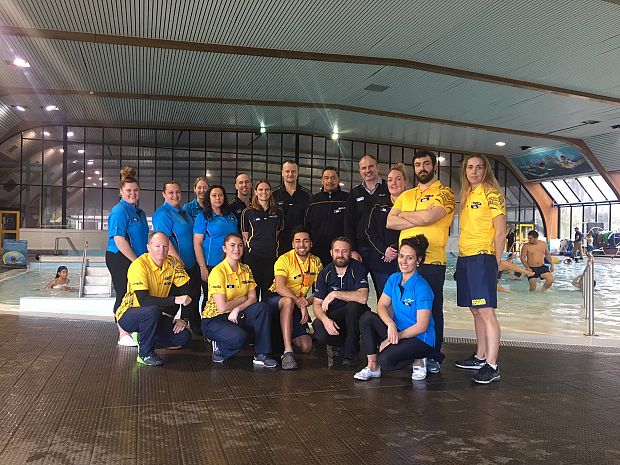 New Zealand contract manager CLM has taken on the management of the Rotorua Aquatic Centre for Rotorua Lakes Council as of 16th July.

Opened in 1975, Rotorua Aquatic Centre attracts around 350,000 visits per year. However, plans to give a management contract for the previously Council operated facility proved controversialwhen it was announced at the end of last year.

In taking on the contract, CLM advised that it is proud to work alongside Rotorua Lakes Council in managing the Rotorua Aquatic Centre, with Chief Executive Craig Carter stating “we look forward to working collaboratively with Rotorua Lakes Council and all the team members at the facility to deliver a quality service to the local community.”

The majority of staff previously employed at the Centre by the Council have been reemployed by CLM.

Image: The new CLM team at the Rotorua Aquatic Centre.