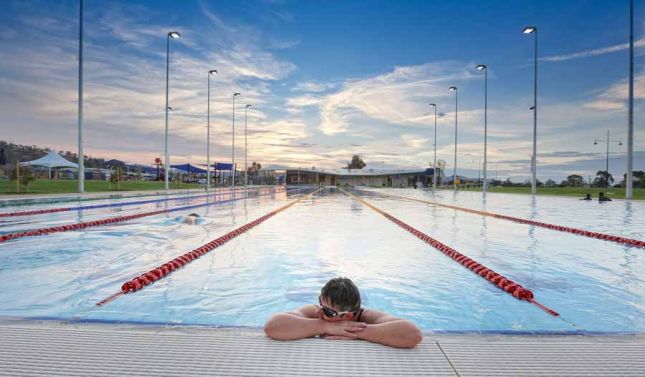 The City of Wodonga is to spend close to $500,000 retiling the Olympic swimming pool at its Waves aquatic centre.

At the end of last month, Councillors unanimously agreed to a $484,181 contract for the replacement of the ceramic tiles on the 50 metre pool, which only opened five years ago.

The tile replacement is required as tiles have been dropping off the pool lining since 2016.

However, Ceramic Solutions, the Melbourne-based firm that installed them, told local newspaper The Border Mail in October last year that the problem was caused by “drying shrinkage” related to a lack of time between the concrete curing and tiling.

Ceramic Solutions was engaged by Lavington builder Zauner Construction to install the tiles in the pool.

While the parties look to resolve the issue, the new work will be undertaken by Albury-based FA & CM Morgan Ceramic Tilers who have previously tiled the Wodonga Sports and Leisure Centre.

During the recent Council debate, former Mayor John Watson expressed frustration at the work needed on a pool that only opened in February 2013 commenting “it is very disappointing that we have basically a brand new pool that is needing a large amount of repairs.”

Speaking after the meeting, Council Chief Executive Patience Harrington said a full reimbursement for the tile repairs was being sought from the original installer based on guarantees having been given about the quality of the work.

Harrington advised “we would be looking to seek all the costs that Council has incurred, all that to come back.”

Ceramic Solutions General Manager Keron McCallum-Gaul said he was aware there were issues with tiles dislodging from the pool.

He recently told The Border Mail “Council has made some allegations and we’re in the process of writing back to our customer, a company called Zauner Construction.”

McCallum-Gaul claimed there was insufficient time between the concrete curing and the tiling and that was central to the problems. 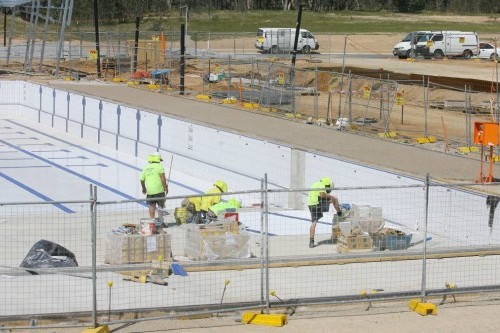 He added “it’s a process that’s well known through the concrete industry as drying shrinkage.

“It has everything to do with a naturally occurring concrete phenomena.”

Lawyers for the Council and the company are currently in discussions to resolve the issue.

With the facility now closed for the winter, despite the high autumn temperatures, new management arrangements for both the Wodonga Waes and the Wodonga Sports and Leisure Centre are set to be announced at the end of this month.

The City of Wondonga has joined with the the adjacent Albury City Council in NSW to embark on a joint tender for management for aquatics facilities in the twin cities.

A decision on the management arrangements for the facilities, as well as the Albury Swim Centre, will be presented to the Albury Council meeting on 23rd April.

They were Aligned Leisure, which manages the health, fitness and leisure operations of AFL reigning premiers Richmond, YMCA and Belgravia Leisure.

YMCA has managed Wodonga’s WAVES facility since it opened in 2013 and Belgravia bid for the rights to run the Albury and Lavington pools two years earlier.

Images: Wodonga Waves (top, courtesy of William Ross Architects) and during construction in 2012 (below).