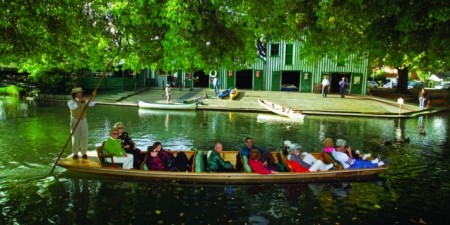 “Domestic growth in July was stimulated by our ‘Pockets of Awesom’e campaign, encouraging locals to become ambassadors for their city. A successful winter ski campaign during the school holidays also contributed, as well as an increase in Chinese visitors coming directly into Christchurch Airport.

“It shows the city is bouncing back from its temporary setback following the earthquakes. Visitor arrivals have now exceeded pre-quake numbers, while spend has returned to pre-quake amounts, and our research tells us visitors have high satisfaction levels,” he says.

“However we still have a long way to go to get back our market share, which was 9.2% pre-earthquake and now sits at 7.8%.”

Visitors spent nearly $2 billion in Christchurch in the year to July 2016, and just over $3 billion in the Canterbury region.

Allen commented “visitor spending is having a significant impact across our whole economy. We can see visitors are not just spending on accommodation, transport and attractions, but also in our local shops, restaurants, and entertainment venues.” 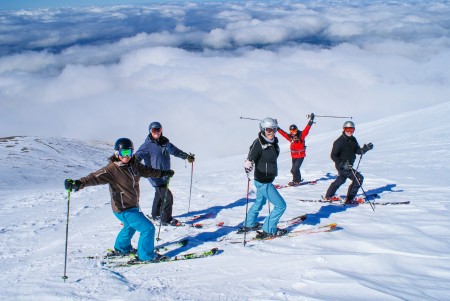 Visitor Experience Research conducted in Christchurch for Christchurch and Canterbury Tourism during January to March 2016 showed visitors rated their overall experience in the city at 8.1 out of 10.

Landmark visitor attractions, mostly unaffected by the earthquakes, such as punting on the Avon, the tram, gondola, and International Antarctic Centre were all rated highly by visitors, as were the friendly people.

The CCT visitor experience report said international visitors most frequently identified the Botanic Gardens and the people of Christchurch as the most enjoyed aspects of their visit.

The latest Commercial Accommodation Monitor shows international guest nights have increased by 2% and domestic by 10% in the year to June 2016.

Allen concluded “this can only improve as new accommodation, retail, hospitality and visitor attractions open later this year, including Christchurch Adventure Park on the Port Hills.”

Images: Punting on the River Avon (top) and ski resort Mt Hutt is just an hour from Christchurch (below).