Chinese Football Association to be independent of government 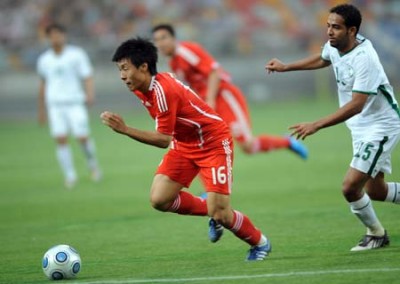 Having been beset by scandal in recent years, major reforms relating to the operation of football in China will see the Chinese Football Association (CFA) gain full autonomy from the Chinese Government’s General Administration of Sport department.

With Chinese Government officials having previously run the CFA, the General Administration of Sport has confirmed that it would move government officials on from posts at the CFA in order to convert the governing body into a non-governmental organisation.

As a result, Government officials currently working at the CFA will have the option to choose full-time employment with the organisation.

The changes represent a key implementation of the wide-sweeping reform plan backed by Chinese President Xi Jinping, issued in March with the aim of moving China on from issues of corruption and scandal in its domestic game and a lack of significant achievement from the men’s national team. China’s men are currently ranked 79th in the world by world-football governing body FIFA.

CFA President and Deputy Director of Sport Administration Cai Zhenhua told the China Daily "reshuffling CFA management is a priority to carry on overall football reform, which will see the game's management run independently without interference from administrative powers."

Under a revised CFA constitution a 47-member congress will be elected at the end of the year, at which point a new organisational structure will be put in place.

The CFA will undertake independent marketing initiatives as an independent financial body, although it will be obliged to make its financial records public. The domestic league council, formed by shareholders of the 16 Chinese Super League clubs in 2005, will be handed decision-making powers.

China’s Minister of Sport Liu Peng told the Xinhua news agency "(this) is a very big and influential step in system and mechanism to revive Chinese soccer.

"Based on the plan, we believe it will give new vitality to CFA. Now, with more rights to have, CFA will of course have to bear more responsibilities. That means they will have more power in future. We fully believe they can do it better."