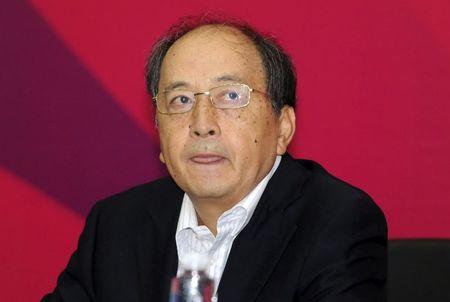 A former deputy Sports Minister who once sat on China's Olympic Committee will be prosecuted for corrupt behaviour after an investigation found he abused his position and took bribes.

The Chinese Communist Party's corruption watchdog says Xiao Tian, who as a deputy Head of the General Administration of Sport held a position equivalent of a Vice Minister, abused his position to get his wife promotions, took bribes, spent government money on banquets and had private companies arrange for him to play golf.

China’s Central Commission for Discipline Inspection explained that Xiao also "sought benefits for others" in approving sports competitions and "sports industry operations” and that he actively sought to interfere in the investigation into him, shifting funds around and engaging in a "conspiracy of silence".

China, which is aggressively seeking to stamp out graft in party and government ranks, has also sought to eject corrupt elements from its sports establishment, especially within football, which has been hit by match-fixing scandals.

Xiao has been expelled from the party and his case handed over to legal authorities.

President Xi Jinping launched a sweeping battle against corruption upon assuming power three years ago, including trying to get back suspects who have fled overseas, especially to popular destinations like the United States and Canada.

In July, Beijing won the right to host the 2022 Winter Olympics.

Xiao was elected one of three Vice-President of world basketball governing body FIBA in September 2014.