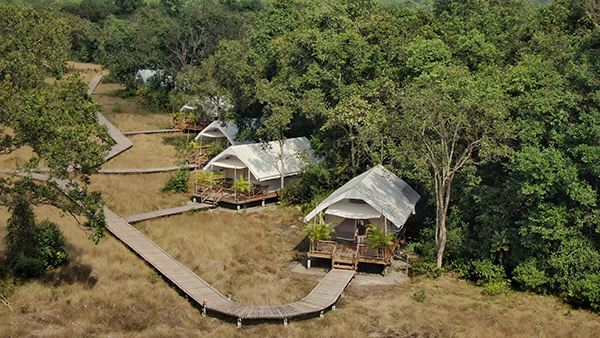 The Cardamom Tented Camp in Cambodia has joined fellow finalists in congratulating the five Tourism for Tomorrow Award winners. Cardamom Tented Camp was a finalist in the Changemaker category along with Kelompok Peduli Lingkungan Belitung (KPLB, Indonesia) and SEE Turtles (USA), which was announced as winner. The category was created to recognise a tourism-related initiative that is fighting the illegal wildlife trade through sustainable tourism.

“It was a great honour for Cardamom Tented Camp to be recognised with 14 other inspirational sustainable tourism initiatives from around the world,” said Willem Niemeijer, Chief Executive of YAANA Ventures and operator of the conservation lodge in Cambodia, who attended the award ceremony in Seville.

The formation of the camp in 2017 was made possible by a unique partnership between Wildlife Alliance, the Golden Triangle Asian Elephant Foundation (supported by Minor Hotels), and the camp’s operator, YAANA Ventures.

Since opening in November 2017, the Cardamom Tented Camp has integrated the role of 12 forest rangers who protect a 180 kilometre2 lowland forest concession in Botum Sakor National Park into the guest experience.

The rangers take turns to lead conservation tourism hikes through the forest. They show tourists confiscated traps, mesh and weapons used by poachers. In turn, the camp helps the forest rangers with salary support and physical amenities such as solar power generators at ranger stations.

Due to the rangers work, the illegal wildlife trade has been massively reduced in the forest which is now seeing a resurgence in formerly-traded mammals such as the endangered clouded leopard, sun bear, northern pig-tailed macaque, pangolin, the Nicobar crab-eating macaque, and the (extremely shy) pileated gibbon (pictured below), to name a few. 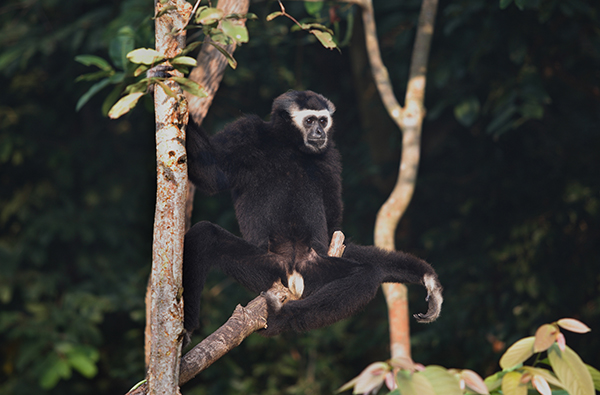 Since opening, the Cardamom Tented Camp has operated under the slogan, “Your Stay Keeps the Forest Standing.”

There were 180 entries from 70 countries for the awards.

For the full list of the 2019 WTTC Tourism for Tomorrow finalists and category winners go to www.ausleisure.com.au/news/winners-announced-for-sustainable-tourism-awards