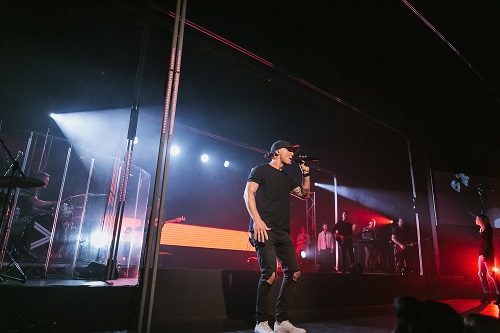 With the Belgravia Foundation this week marking the first anniversary since its launch, the charitable industry organisation has highlighted the achievement of a young Australian rap performer who used employment in the aquatic industry to turn his life around.

Daniel Harvey, who performs under the stage name of D Minor, is an example of Belgravia Leisure’s policy of giving people a second chance. He was given a job as lifeguard at swimming pools in the City of Canada Bay Council area, despite personal challenges over the years that led him to have several brushes with the authorities.

Belgravia Foundation Chief Executive, Dr Jeff Walkley said Belgravia Leisure gave approval for Harvey to be employed after his character shone through in a review of his case by all levels of management.

Dr Walkley explained “Daniel's a great example where, through circumstances beyond his control, he become homeless and then survived on the streets. That then meant that he ran afoul of the law in the way that he chose to survive at that stage.

“We have a national police check system in which any person that comes up with notifiable elements is looked at on a case-by-case basis because we recognise that people do need help and we believe that we're in a position to be able to contribute in that way.”

Harvey recalls that he applied for the Belgravia Leisure lifeguard job because the hours would also enable him to pursue his passion, hip hop. He looks back that when he handed in his employment forms, he had to tell his Belgravia Leisure Manager about his history with the authorities. 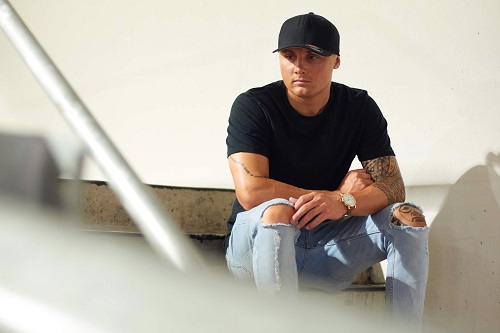 Harvey advised “I had to just explain to my manager the situation, that many years ago I lived in foster homes and refuges, and that it all played a part in my situation. Then he passed it on to the CEO, and I’m thankful it was approved.”

Belgravia Leisure’s Area Manager David Burns, who points out that the rapper has been an exemplary employee, says Harvey has vindicated the decision to hire him, commenting “Daniel has provided great support for our manager in the Canada Bay Council pools area and he is an extremely humble guy.”

Performing at the recent launch of the Belgravia Foundation in Sydney, Harvey says he loves hip hop music because it speaks to his experience growing up homeless, adding “ever since I was young, music was therapy for me, whenever I went to foster homes and then refuges I’d always just chuck on headphones and have a notepad and it would just be my escape.”

He also thanks Belgravia Leisure, concluding “it’s great that they’re giving me a second chance, they’re not judging someone by their past and what they’ve been through; they’re open to giving second chances.”

Images: Daniel Harvey, who performs under the stage name of D Minor, is an example of the Belgravia Leisure’s policy of giving people a second chance.