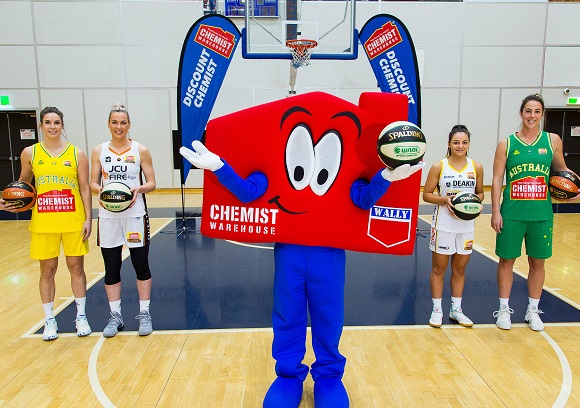 Retail pharmacy group Chemist Warehouse has signed a three-year partnership with Basketball Australia which will see it will become a major sponsor of the women’s game.

The deal sees Chemist Warehouse named as Basketball Australia’s women’s pathway partner through which it will support all seven national teams.

The company will take on naming rights to the Australian Opals and the Women’s National Basketball League, as well as becoming a major partner of Basketball Australia.

The deal also incorporates Australia’s women’s wheelchair, U25 wheelchair and U25 national teams, along with the U19 and U17 sides and the women’s intellectually impaired team.

Announcing the partnership, Chemist Warehouse’s Chief Operating Officer Mario Tascone stated “we understand this journey will present many opportunities and we’re fortunate to be able to assist the Opals and the WNBL in continuing to develop the women’s league into one of Australia’s premier women’s sporting competitions, which is something that is very special to us.”