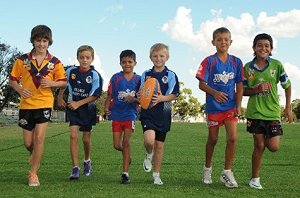 The Australian Sports Foundation (ASF) is aiming to double the donations it receives to $35 million by 2017 by embarking on an aggressive fundraising campaign.

ASF Chief Executive Patrick Walker said the organisation, which takes tax-deductible donations and provides grants to hundreds of grassroots and elite sports clubs and governing bodies annually, is about 20% ahead of its 2013/14 fundraising figure after embarking on a $1.5 million revitalisation program funded by a grant from the Australian Sports Commission.

Walker told the Australian Financial Review “we got about $17 million in donations last year (2013/14) and we're already 20% ahead of the same time a year ago.

“(This) is an ambitious target but we think we can do it. Part of it is being out there and telling people and corporations that if they want to support sport they can do it through us and get a tax deduction in the process."

Walker joined ASF as Chief Executive in the middle of last year as part of  a series of changes, which included the appointment of property developer and former Olympian Mark Stockwell as Chairman and Melbourne businessman Josh Liberman as Director.

Commenting on new procedures that make it easier for people to make donations, using online forms and downloading information from there, Walker added “we've tried to become less bureaucratic and really want to help sports and clubs to better fundraise.

“We've become independent from the Sports Commission and brought on expert fundraisers from the arts sector – which fundraises very well – to help."

Established by the Australian Government in 1986 to assist non-profit community organisations to raise funds to develop sport, the ASF has two main fundraising avenues, the Sport Incentive Program and Giving4 Grassroots.

The incentive program works in partnership with sports for specific projects that boost the sport or its participation numbers, while the grassroots program provides grants of up to $10,000 to small, non-profit sporting clubs and organisations.