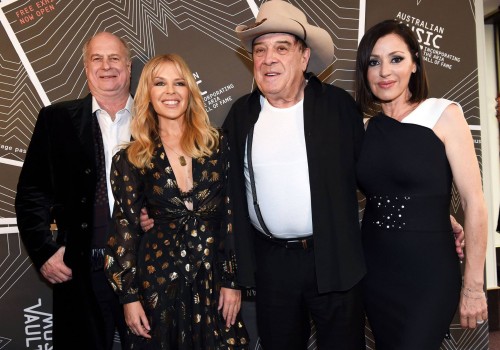 The Australian Music Vault has been officially opened in Melbourne, presenting a free permanent exhibition, digital and interactive experiences and an extensive learning program on Australia’s contemporary music heritage.

This first iteration of the Vault contains an impressive array of artefacts that cover a range of genres and eras from Australia’s popular music history. These include costumes, photos, posters and instruments trace the influence of Australian musicians over time – from Johnny O’Keefe and Judith Durham, to AC/DC and the Divinyls, through to present day artists like Missy Higgins and Jessica Mauboy.

The journey is enhanced by music and interactive digital displays that invite visitors to learn more about their musical heroes. The Vault will also host a range of performances, education programs and industry events.

The Vault kicks off with a focus on Australian punk and new wave, a spotlight on 2017 ARIA Hall of Fame inductee Daryl Braithwaite and costumes from the likes of Tina Arena, Kylie Minogue and Olivia Newton-John.

Opened on Monday by music industry stalwarts and Vault patrons Molly Meldrum, Archie Roach, Kylie Minogue, Michael Gudinski and new addition Tina Arena on hand for the festivities, the Vault is, according to Victorian Minister for the Creative Industries, Martin Foley “destined to become a major cultural attraction for music lovers of all ages by showcasing the people, events and stories that create the soundtrack to our lives.”

Housed beneath the Arts Centre Melbourne Spire – the Music Vault is a free, year-round exhibition that includes the ARIA Hall of Fame, an immersive music experience and an evolving display of performing arts.

Minister Foley added “Melbourne is the rightful host of this tremendous celebration of Australian music culture.”

“From the artists and songs of yesterday through to today’s musical heroes – the Australian Music Vault belongs to the industry and to music-lovers.”

The Australian Music Vault was developed in close collaboration with the music industry and is the centrepiece of the Victorian Government’s $22 million Music Works initiative.

The exhibition is open daily and entry is free.