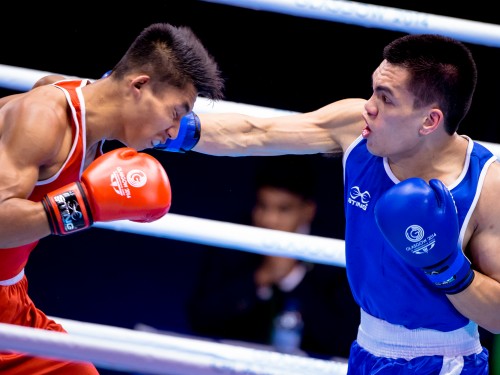 Australian sporting goods company STING have been selected as the official AIBA boxing glove supplier for the 2016 Rio Olympic Games, cementing their status as one of the world’s fastest growing active and sport brands.

Announced at the International Boxing Association’s (AIBA) Congress in Korea late last year, the selection follows on from STING’s supply of boxing equipment for the 2014 Glasgow Commonwealth Games.

STING are proud affiliates of AIBA, and have supplied AIBA approved gloves and head guards at many other national and international boxing events including the 2014 Women’s World Championships and the inaugural AIBA Pro Boxing (APB) Tournament in Europe.

STING will be supporting many other events and tournaments in the next 18 months, culminating in the 2016 Rio Olympics.

Commenting on the equipment supply arrangement, STING Sports Media and Communications Manager Richard Jeans stated “the Olympic Games represent the pinnacle of competition for most boxers, with the chance to represent their country and compete at the highest level.

“Rio 2016 is the most anticipated sporting event for athletes, coaches and spectators, and we’re extremely proud to be involved.

“The Olympics is always a special time, but it will take on a whole new level of excitement for us in 2016.”

Over the past decade, STING have developed their reputation as the market leader in competition boxing equipment. As the brand continues to grow, with ever-increasing presence at international events, STING aims to lead the field not only in boxing, but across the full spectrum of sports and training equipment.