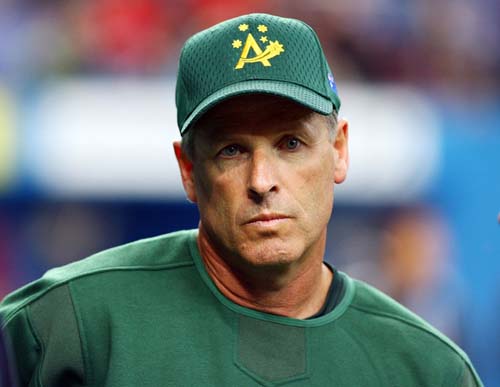 Following the success of the Major League Baseball (MLB) Opening Series, Jon Deeble, Head Coach of the Australia national baseball team, is calling on State Governments to back baseball at junior and domestic levels.

Deeble is concerned about baseball’s ability to grow unless support is given to building fields and facilities around the country.

Deeble doesn’t want the MLB event to be a one-off for the sport in Australia.

Officials are adamant Australian baseball provides the best pathway for juniors of any sport, with chances to represent nationally from age 12 after the green and gold was included in the lucrative Little League World Series.

Australia won an Olympic silver medal in 2004 and has produced 34 Major League players, with another 400 young players signed to clubs and more than 100 also part of the American college system.

However, that record isn’t fairly reflected in junior participation and assistance to the ABL, according to Deeble, who states “we need baseball fields.

“I’ve talked about this for years. We’ve worked out that over the past 15 years, (baseball exports) have put over $100 million into the Australian economy and we don’t have baseball fields.

“To me we need participation to improve and we need venues not just here in Sydney but around Australia where people can come and watch.

“We need to educate people because the average punter doesn’t really know about baseball.

Deeble has also lamented the lack of international matches in store for his side ahead of the 2017 World Baseball Classic.

To counteract that, Australia hopes to send a raft of their junior talent to the Taiwan professional leagues from next year to give them regular games together and against quality opposition.