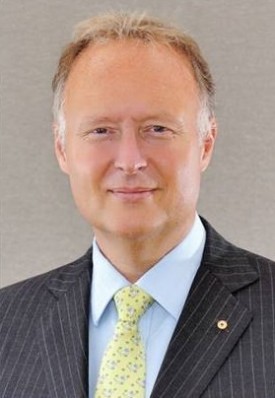 Federal Minister for the Arts Simon Crean has released the long awaited details of the Federal Government's $235 million cultural policy, the first major review of Australia's cultural landscape since the 'Creative Nation' policy of 1994.

Timed to incorporate findings from multiple creative sector reviews, the National Cultural Policy responds directly to a number of recent Government commitments including the Australia in the Asian Century White Paper, the Convergence Review's push for Australian content quota, and National Broadband Initiatives aimed at increasing jobs through digital innovation.

New funding has been announced for the Australia Council for the Arts following a long review of the peak funding body's role and responsibilities. A new grant management system will be introduced alongside a $75.3 million increase in funding over four years with $60 million been earmarked for critical funding for artists and organisations.

However, the Australia Council will also be overhauled to cut red tape and modernise its governance structures.

New funding of $3.4 million will also be given to job seekers and school leavers seeking a career in the arts.

SOCIAL AND ECONOMIC DIVIDENDS
Minister Crean said the Federal Government's support for the arts has social and economic dividends, including boosting productivity, jobs and economic growth.

He explained "it's not just the enjoyment they bring, I see the artist as central to us as a nation and to securing its future."

Other initiatives include $20 million for gaming, $10 million for film production and extending Australian content quotas to free-to-air commercial television multichannels.

A reform of copyright laws and strengthening the protection of intellectual property are also mooted in the policy.

PHILANTHROPY
Creative Australia also backs more private-sector giving in the arts, promising an additional $8.5 million to Creative Partnerships Australia for new ways of raising money, such as crowd-funding and micro-loans and transferring responsibility for the Cultural Gifts Program and Register of Cultural Organisations to the Australian Taxation Office.

The policy also promises to actively consider "testamentary giving" to the arts, which would offer tax concessions for donors who plan to give money to the arts when they die.

THE ROLE OF GOVERNMENT
While the 1994 Creative Nation policy sought to elevate culture onto the political agenda, Minister Crean's policy points to the importance of government intervention in the arts.

Creative Australia is built around five goals including recognising the importance of Aboriginal and Torres Strait Islander cultures, ensuring public support of the arts is equitable, supporting artists, strengthening the cultural sector and encouraging innovation and creative industries.

The policy points to increased funding for national collecting institutions, the new Australian Interactive Games Fund, a boost to contemporary music industry innovation and export, infrastructure investment and extensions to the producer offset.

The policy is linked to other government initiatives including the Australia in the Asian Century white paper, as well as policies around the digital economy, tourism and job creation.

The policy also points to the important of arts and culture in diplomacy, with a revamp of the Australia International Cultural Council, encouraging arts organisations to build international links, especially with Asian nations and legislation to protect overseas cultural loans.

Myer stated "the Australia Council receives applications from more high-quality artists today than ever before, some of them working in ways not imagined 10 years ago.

"This increased funding is welcomed as it represents a significant further investment in artistic excellence of this kind."

What constitutes artistic excellence has not been clearly defined, but the Australia Council will invest $1.25 million annually over four years in the Major Performing Arts Excellence Pool, on the proviso the funding is matched by the states and territories. Peer-reviewed, the pool will distribute funding to major performing arts companies fostering innovation and excellence.

"We're thrilled to have the Federal Government's support."

For more information go to www.creativeaustralia.arts.gov.au/full-policy/