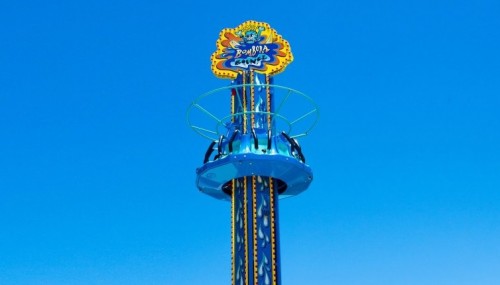 Opened on Boxing Day, the Italian designed and manufactured family drop and twist tower ride is the first of its type in Australia.

Downunder Drive Chief Operating Officer Aaron Flanagan said the Bombora Bounce was a welcome addition to the growing number of attractions within the Aussie World stable.

Flanagan stated “Bombora is an Indigenous term for an area of large sea waves breaking over a shallow area, it’s a name synonymous with Australia’s rich surf culture and fits in nicely with the Sunshine Coast’s sun kissed lifestyle.

“We are thrilled to have such an exciting new attraction at Aussie World, I’ve experienced the ‘Bommie’ myself and it’s a lot of fun, once it gets to its full height of 10 metres, the ride drops and twists repeatedly providing an awesome bounce effect, that’s well and truly enough for me.

“The good news is that it’s a family friendly attraction with children from as young as four years old meeting the minimum height of 100cm’s to ride are able to enjoy the ‘Bommie’.” 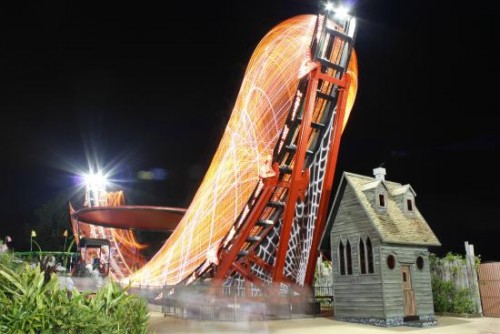 The new ride’s introduction is part of a significant capital expenditure program to bring on new rides and attractions to Aussie World that will also see major upgrades to the tourist precinct to reflect a more modern Australian theme park.

Flanagan added “we’ve already announced major works including plans to significantly upgrade The Pub into an iconic dining and hospitality destination and in the past few months we’ve brought in new attractions including the Mayhem Maze and the Little Beaut Toot Toot ride.

“We’re a family owned attraction and the investment signals the significant confidence we have in the precinct as well as the future of the Sunshine Coast. We believe this ongoing investment will ultimately see Downunder Drive ranked among the best tourist attractions in Australia.”