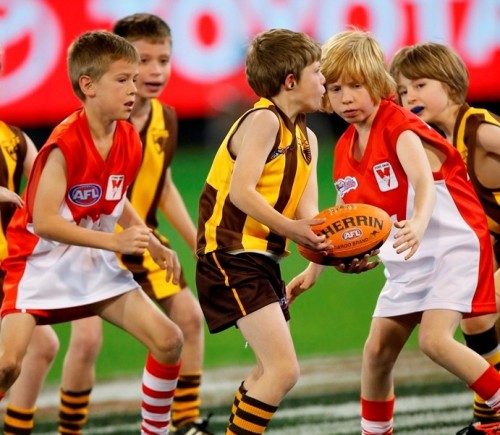 The AFL's Auskick program is proving a success away from the code's Victorian heartland with significant growth in Sydney and Perth.

Boosted by a 27.26% rise in Sydney, AFL NSW/ACT has the highest Auskick participation in Australia, with 48,965 participants in the football code's national introductory program in 2012.

In Western Australia, female participation in AFL is also rising with new junior girls (for eight to 12-year-olds) and youth girls (13-17) competitions to be run by the WA Football Commission and fed by a school football system that grew 220% from 2011 to 2012.

Growth in Auslick in Sydney not only occurred in the AFL's new frontier in the rugby league heartland of western Sydney, where there was 43% growth, but was also apparent in south Sydney where number of Auskickers more than doubled.

AFL NSW/ACT General Manager Tom Harley acknowledges the addition of Greater Western Sydney Giants to the AFL and the Sydney Swans' rise to the 2012 AFL premiership as factors in the uptake, stating "it's certainly not just a case of tipping money in for the sake of it. We're very strategic in what we're doing.

"We're getting the growth as a result of some really hard work from our development team."

Harley's team has worked closely with schools to expand the Auskick program, adding "if you look at our total participation across the board (last year), 70% of those were under the age of 11."

She explains "more and more girls are exposed to it in schools and it has given girls a superb opportunity to play a non-traditional sport."

This year, with the number of girls' Auskick centres in Western Australia up from nine last year to 26, Moore sees that the growth will continue.