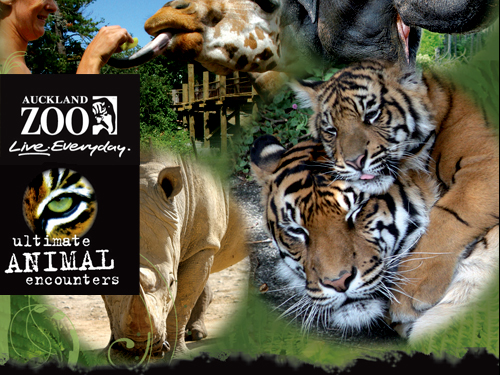 For the third consecutive year, Auckland Zoo has attracted a record number of visitors.

From 1st July 2013 to 30th June 2014 the Zoo welcomed more than 717,000 local and overseas people through its gates and achieved an overall visitor satisfaction rating of 95%.

Zoo volunteers also had yet another record-breaking year, with a 253-strong team contributing over 42,000 hours – an 18% increase in volunteer hours. The Discovery and Learning educators were also kept busy by the 60,000 children who enjoyed a school visit to the Zoo, a 20% increase.

Auckland Zoo acting Director Kevin Buley “these are fantastic results and we are enormously grateful to every visitor, every volunteer, every staff member and conservation organisation that has contributed to them.

“By coming to the Zoo, our visitors play a key role in enabling us to grow our efforts to conserve wildlife in the wild. Since its inception in 2001, the Auckland Zoo Conservation Fund has raised an impressive $2.4 million, helping further vital efforts to save endangered wildlife and habitats - here in New Zealand and around the world. In the past year alone, skilled zookeepers and veterinary staff have contributed over 6,143 hours of conservation fieldwork in 22 locations around New Zealand and abroad.

“Auckland Zoo is a remarkable place where a lot can happen in a year. We are very proud of what has been achieved and inspired to continue to achieve more in the years to come.”

The first wildlife species - 40 tīeke (saddleback) and 40 pōpokotea (whitehead), were translocated from Hauturu (Little Barrier Island) to Rotoroa Island as part of the Zoo’s partnership with Rotoroa Island Trust to create a unique wildlife reserve on this island.

Successful treatment of two sick kakapo adults and the hand-rearing a kakapo chick (vital contributions to a population of only 126).

Approximately 60,000 children enjoyed a school Zoo visit, with the majority participating in structured learning sessions with Zoo educators. The success of The Warehouse School Zoo-fari initiative continued, with over $100,000 presented to Auckland Zoo to date. This three-year initiative will enable more than 10,000 students from throughout the Auckland region to access a free Auckland Zoo education experience