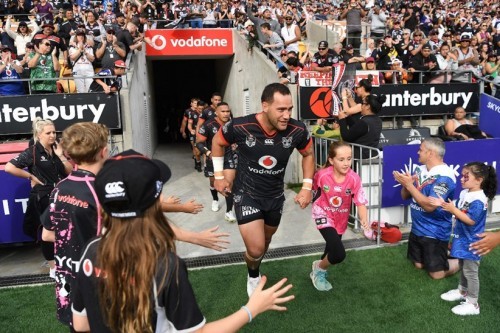 After months of speculation, it has been announced that the New Zealand Warriors has been sold to an arm of their original owners, the Auckland Rugby League.

The sales of the NRL club to the Carlaw Heritage Trust and a financial backer, Autex Industries, ends 17 years of ownership of the club by businessman Eric Watson.

The announcement follows months of speculation, with Watson having previously spurned the advances of the ARL and gone close to accepting an offer from a United States consortium.

Speaking about the sale, Watson advised “it is particularly pleasing to see the club formally become part of rugby league's local governing body and administrator.”

The ARL has been the governing body and administrator of rugby league across the Auckland region since 1909. It was owner of the Warriors for their first three seasons, having joined what was then the Winfield Cup in 1995.

The change of ownership brings with it a change of board members with Chairman Jim Doyle and all fellow directors other than Chief Executive Cameron George stepping down and the new owner appointing new directors.

The Carlaw Heritage Trust is an independent body, but Auckland Rugby League is sole beneficiary and both bodies share the same Chairman.

The Trust will have a 67% shareholding with the remainder held by Autex Industries.

While the sale price was not revealed, media speculation suggested it was in the region of $18 million.

Image: Bodene Thompson runs onto the field with a young Warriors fan at Mt Smart Stadium in 2017.