Attendances rise but losses double at Hong Kong Disneyland in 2017 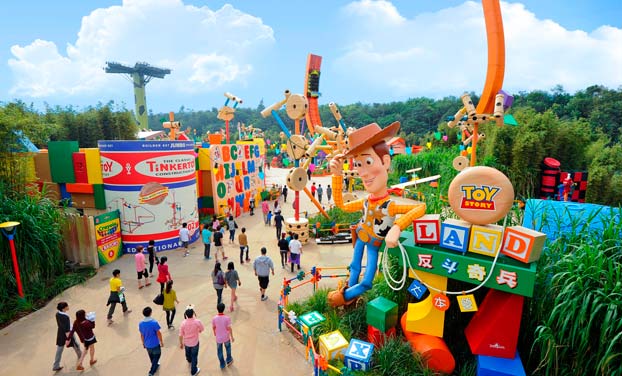 Hong Kong Disneyland has reported mixed results for 2017, with attendances rising to 6.2 million in 2017, up 3% from the previous year, and earnings increasing 28% to HK$914 million before interest, taxes, depreciation and amortisation.

However, despite the Lantau Island theme park’s improved performance, losses doubled in 2017 to hit HK$345 million as a result of asset depreciation, higher operating costs and its ongoing expansion.

The theme park, in which the Hong Kong Government, is the controlling shareholder, is in the middle of a six year, HK$10.9 billion expansion that will add attractions based on the Marvel and ‘Frozen’ franchises.

With business also hit by the closure of some facilities to pave the way for the expansion work, Hong Kong Disneyland Executive Vice-President and Managing Director Samuel Lau said the depreciation period for these new assets could last for three to 40 years.

Lau explained “it is hard to say when the peak period for the depreciation will be ... we will focus on growing revenue to offset the impact.”

Lau said the park would continue to bring in more attractions, characters and products to lure visitors, adding “our job is to grow revenue, to grow more attendance.

“We have different new products and merchandise to attract the guests. That’s the way we are going to balance the business.”

Locals were the biggest group of visitors to the Hong Kong park last year, making up 41%. They were followed by mainland Chinese tourists, at 34%, and overseas visitors who accounted for up to 25%.

The Hong Kong theme park also fared worse than local arch-rival Ocean Park, which recorded a HK$234 million deficit in 2017 – better than Disney and also an improvement on its performance in 2016 when it posted a HK$241.1 million deficit amid a tourism downturn.

Despite the disappointing numbers, Lau said 5,000 full-time staff at Hong Kong Disneyland had been rewarded with a pay rise of between 2.8 and 5% in January and a bonus last December.

He said the recent recovery in the Hong Kong tourism industry had spilled into Disney’s business.

He concluded that the three hotels at the resort had sold 53% more nights in the financial year to date.