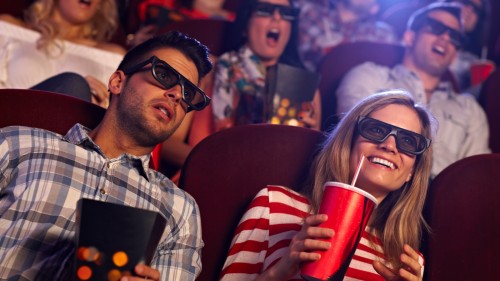 One million Australians aged 14 and over see arthouse or foreign language movies at the cinema each year, and they also go to mainstream movies according to Roy Morgan Research cinema attendance data.

However, these moviegoers saw an average of 14 films at the cinema in 2015 (3.5 per quarter on average) - which therefore includes six mainstream movies. Meanwhile the other 8.4 million cinema-goers (those who don’t see any arthouse or foreign language movies in a three-month period) only averaged nine movies each over the course of the year.

Number of Arthouse and Mainstream Movies Seen at the Cinema 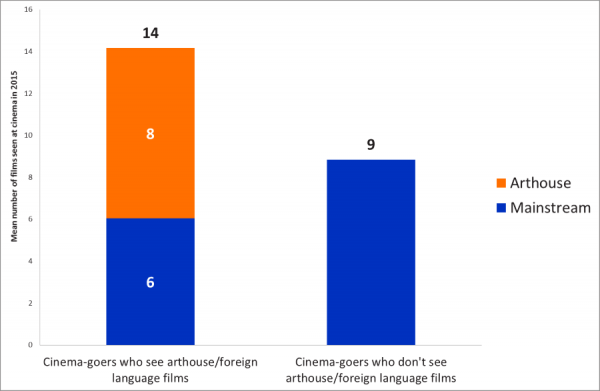 Commenting on the findings, Roy Morgan Research Chief Executive Michele Levine explained “just under half of Australians go to the cinema at all in an average three month period - but only around one in 10 cinema-goers include any arthouse or foreign-language movies in the mix.

“Arthouse film buffs are a premium market for certain advertisers, not just because of their higher incomes, greater discretionary expenditure and increased retail visitation habits, but because their atypical taste in entertainment makes many of them, by definition, more difficult to reach via mainstream media, especially commercial TV and radio.”