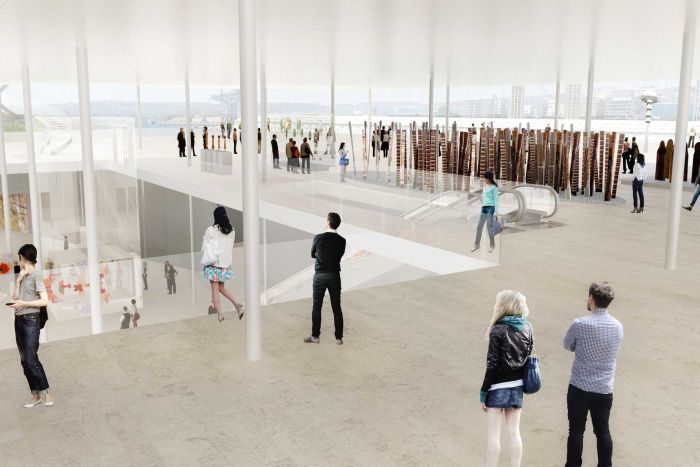 Dubbed the 'Sydney Modern Project', the Art Gallery of New South Wales (AGNSW) has revealed the winners of an international design competition to build a $450 million extension by 2021.

The design by the Tokyo-based firm SANAA features pavilions that open on to Sydney’s Domain and Royal Botanic Gardens, with sweeping views of Sydney Harbour and Woolloomooloo.

Commenting on the design, AGNSW Director Michael Brand said it was a unanimous decision to appoint the Japanese architects from a field of 12 companies from around the world.

Brand stated that the extension will include a “new cultural plaza over the Cahill Expressway, and then the new Sydney Modern building will be over the disused navy oil tanks (with) pathways, trees (and) possibly a little tea house.

"Those sort of spaces that are part of our (Gallery) will flow seamlessly then into the Domain, out towards the Botanic Gardens. And there's some fantastic links we can make there we believe."

The existing sandstone building will remain, juxtaposed with the new extension.

SANAA co-founder Kazuyo Sejima said the aim was to make the building "connected to nature", adding “we say this is a gallery in the gardens and we hope that this is a museum -but at the same time a kind of new public space."

With the existing AGNSW too small to display its current collections, Dr Brand explained that an extension is necessary so that Sydney can host major exhibitions.

In recent years its lack of space has seen it lose exhibitions to other galleries in Australia while 95% of its collection is stored off site.

Dr Brand explained "in terms of gallery space, we're about half the size of other museums in Canberra, Melbourne and Brisbane.”

Abstract artist Karen Benton was impressed by the design, stating “linking a boldly new design with the Gallery’s classical facade is a bold and contemporary move, with SANAA's cutting-edge architecture complementing the existing building.

“Such an approach is consistent with international best practice, and echoes what was achieved with the extension to Sydney’s Museum of Contemporary Art in 2012.” 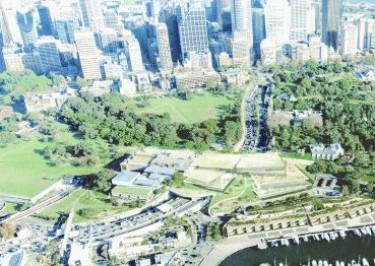 The 'Sydney Modern’ title for the project, echoes the naming of the Tate Gallery in London’s ‘Tate Modern’ gallery in the UK capital’s former Bankside Power Station.

The NSW Government has already provided $10.8 million towards this initial stage of the project with a bid for the extension’s funding expected to seek funding from the NSW Government’s $600 million Arts and Cultural Infrastructure Fund.

Advising that discussions will continue on funding for the project, Dr Brand told the ABC “it's too early to talk in public about particular numbers.

"They have set up the Cultural Infrastructure Fund (and) we are one of their three priority institutions (so) we'll be presenting them with a very compelling case to move forward with."

Commenting on overall costs, Dr Brand stated “if you look at other projects around the world or around Australia, the Western Australian Art Museum (was) about $400 million to $450 million, Los Angeles, San Francisco, Hong Kong, Singapore - that is what it takes to do something serious for the future.”