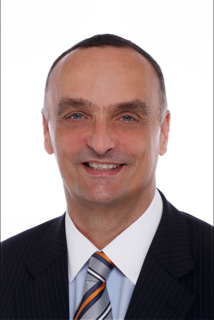 Ardent Leisure has announced the appointment of club and casino executive John Osborne as the new Chief Executive of Dreamworld.

Osbourne’s appointment is significant as having worked predominantly in the casino, hotel and club industry over several decades his most recent role with Lantern Hotel Group saw him responsible for selling off the company's entire assets.

He joined the struggling group in 2015 and within two years sold off its two dozen pubs in a windfall for shareholders.

Osborne, who will commence in his news role on 5th December, replaces Craig Davidson, who resigned from the role in July following the first sitting of a Coronial inquest into the deaths of four guests at the Gold Coast park in October 2016.

A second sitting of the inquest concluded last Friday at the Southport Coroners Court with a third sitting to begin on 12th November.

Dr Weiss said Ardent remained committed to implementing any recommendations from the coronial inquest in consultation with Workplace Health and Safety Queensland and the theme park industry.

Osborne said he was confident of reinvigorating the reputation of the theme park, which has made significant losses in the past two financial years following the disaster.

He advised "Dreamworld has always made an important contribution to the Gold Coast and Queensland economy and played a significant role in the region's growth and development.

"I look forward to working with our staff to ensure we build upon the significant safety initiatives in place and set the standard for safety in theme parks in Australia and around the world."

Nicole Noye has been acting Dreamworld Chief Executive since July.

Amended 26th October 2018 to include a correct image of John Osborne.