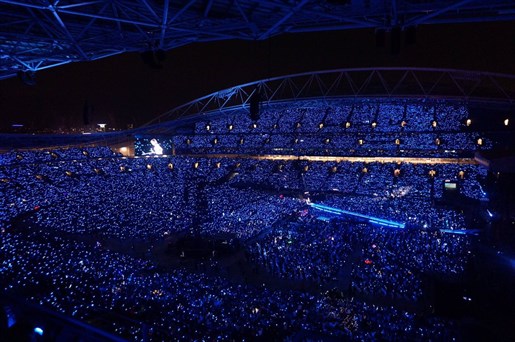 Management at Sydney’s ANZ Stadium is predicting that its 2017 events calendar has the potential to make next year one of the landmark venue’s greatest event years since the 2000 Sydney Olympics.

Over 1.6 million fans are expected through the gates at ANZ Stadium in 2017, with 256,000 fans expected to attend sold-out shows by Adele and Justin Bieber over six days in March.

Other attractions will include the arrival of English Premier League giants Arsenal in July, the crucial 2017 State of Origin II fixture, a record 35 NRL games leading up to the 2017 Telstra Premiership Grand Final, Bledisloe Cup, the Hyundai A-League Sydney Derby and two concerts by legendary rockers Guns N’ Roses in February.

And the year will kick off just hours after Sydney’s sky lights up with New Year’s celebrations, with the Western Sydney Wanderers hosting their New Year’s Day feature game against Perth Glory. 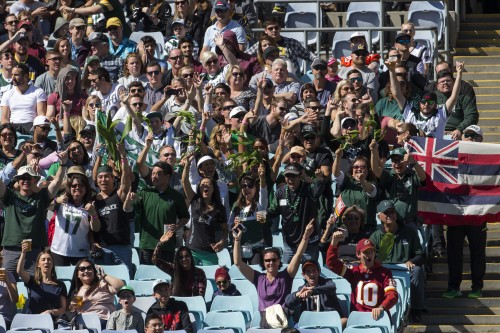 Looking forward to 2017, ANZ Stadium General Manager of Business Development Greg Sleigh stated “ANZ Stadium has played host to some of Australia’s most memorable events dating back to the 2000 Olympics and 2017 promises to provide a host of memorable moments.

“Fans of Sydney’s favourite five NRL clubs will see more blockbusters than ever before at the Stadium, football fans can feast on the Sydney Derby and Arsenal’s first visit to Australia in 40 years, and we’ve got fans of all music genres and eras covered with Guns N' Roses, Adele and Justin Bieber.

“Sydney’s famous annual sporting events – State of Origin, the NRL premiership Grand Final and Bledisloe Cup - are all included in an event calendar that has something special for sports and music lovers alike.”

ANZ Stadium Members are entitled to premium seating at all sporting events in 2017, and have received an exclusive pre-purchase window to enable them to lock in the best seats in the house for Adele, Justin Bieber and Guns N’ Roses.

Membership also has the added benefits of access to additional events at other venues in Sydney – including key matches featuring Sydney Thunder and GWS Giants in Sydney Olympic Park, the Sydney Swans and NSW Waratahs at Moore Park, and the Sydney Royal Easter Show next to ANZ Stadium in April.

Images: Taylor Swift packs ANZ Stadium during here '1989' world tour (top) and fans at the College Football Sydney Cup at the Stadium in August (below).