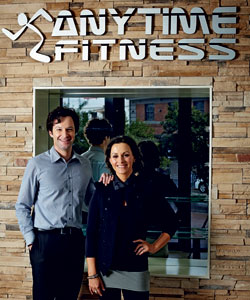 Recently honoured as the #1 ‘Top Global Franchise’ by Entrepreneur magazine, Anytime Fitness opened it 3,000th unit in fewer years (13) than it took other well-known franchises, like McDonald’s (20), Subway (25) and Dunkin’ Donuts (37), to do the same.

Jacinta McDonell, and her brother Justin McDonell, launched the highly successful US franchise Anytime Fitness into Australia in 2008, currently with over 450 clubs open throughout the country. With 3,000 clubs and three million members’ worldwide, since Anytime Fitness’s launch into Australia, it has become the quickest growing segment of the world’s fastest growing fitness chain and is Australia’s largest fitness club group

The company plans to continue to expand their already extensive club network, with more new club openings scheduled throughout Australia.