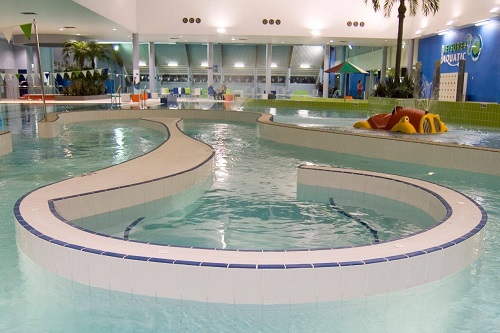 Renewable energy in the form of woodchip biofuel is keeping swimmers warm when they do their laps at the Albany Leisure and Aquatic Centre (ALAC) on Western Australia's south coast.

The installation of an Italian biomass boiler at the facility last month sees woodchips from local plantations burnt as the Centre's primary fuel source, significantly reducing its reliance on gas and saving the City of Albany about $50,000 a year.

As reported by ABC Great Southern, the five-year project, led by WA Biofuels, has seen the Centre's gas boilers switched off, to be used only as a backup resource in the future.

WA Biofuels Manager of Forestry Darryl Outhwaite said the facility will take 500 tonnes of woodchips each year, explaining "by forestry standards, this is next to nothing.

"It will only take two hours to regrow all the wood that's required to heat the pool for a year."

The innovative biomass technology is common in the Northern Hemisphere, but Outhwaite said it was not widely used in Australia, adding "in terms of using biomass in an urban setting and smaller scale like this for a pool, as far as I know there's only a few in Australia."

While there has been some controversy as to whether energy produced from burning woodchips is truly 'renewable', the Australian Government's Clean Energy Regulator lists wood waste as an eligible renewable energy source for power stations producing electricity, providing they meet the requirements of the renewable energy regulations.

South West Greens MLC Diane Evers said in general the Greens Party do not count timber as a renewable source for biofuels, but in this case she can see the justification behind heating Albany's pool with woodchips.

Evers advised “there is a considerable cost of energy in producing biofuels, which makes it not as good as purely renewable options like wind and solar.

"However, using blue gum plantations and so on, that might not otherwise be used, is better than not using it.

"But keep in mind, that residue may be better used as mulch or compost, where we can put the carbon back into the soil.

"It works for now, but that doesn't mean you stop looking for a better solution."

Bioenergy Australia Senior Research Scientist Annette Cowie said woodchip burning could be considered a renewable energy source, advising "if the woodchips are coming from a plantation that will be regrown".

Outhwaite said his WA Biofuels team had used the low-value portion of the region's pine and blue gum plantations, working with wood that may not otherwise be used.

Outhwaite told the ABC “a lot of the wood we are using is stuff that otherwise goes to waste and is left in the paddock.

"This technique is cost effective, and other regions with wood going to waste can do the same.

"There's a real opportunity for Albany here to lead the way." 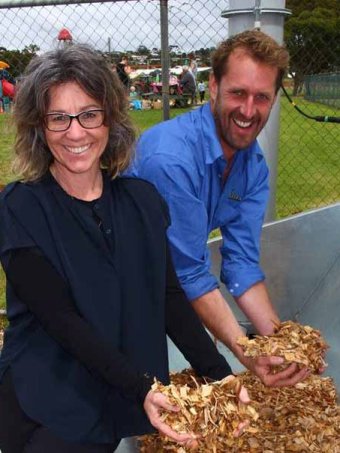 Outhwaite said the pool operator, the City of Albany, had been "super progressive" in finding ways to implement sustainable energy options, with the Mt Romance sandalwood factory and a local abattoir also using biomass heating.

City of Albany Councillor Bill Hollingworth has been a long-term supporter of the idea.

Councillor Hollingworth advised "biomass has a very big place in the way that we produce energy in the future.

"This is part of the process that takes us towards renewable energy for Albany and the city has to show leadership in putting this idea forward and pushing it, so that we can show biomass and renewable energy can be used with success."

Albany Leisure and Aquatic Centre's Recreation Services Manager Sam Stevens said there had been no problems in the first week other than a few minor tweaks to the system.

Advising that pool users seemed as happy as ever, Stevens stated "at the end of the day, they just want the pool to be warm when they jump in.”

She said the most important outcome in her eyes was the jobs created for the local community, and the hard work of the WA Biofuels team, adding “it's just amazing - they own it, they designed it, and they're providing a heat source for us.”

Outhwaite said the biomass system was barely visible from the road, and there was only a puff of smoke when the boiler turned on or off, or changed gears.

He advised “all you'll really notice is a truck rocking up every few days to deliver some woodchips.

"We've got it set up in a 40-foot sea container, which plugs into the existing plant room down there."

Outhwaite said there had been some queries as to why solar heating was not an option to heat the Centre’s leisure pool.

He told the ABC “the reason solar for water heating isn't ideal at ALAC, is you need to have a renewable energy baseload back-up to the solar.

"This means you need to spend money on another system anyway, so in this instance the case adds up to stick with biomass from the outset.

"There's just not enough sun down here to keep the pool warm all year."

Images: The Albany Leisure and Aquatic Centre (top) and the Centre's Recreation Services Manager Sam Stevens with WA Biofuels' Manager of Forestry Darryl Outhwaite (below, courtesy of the City of Albany).