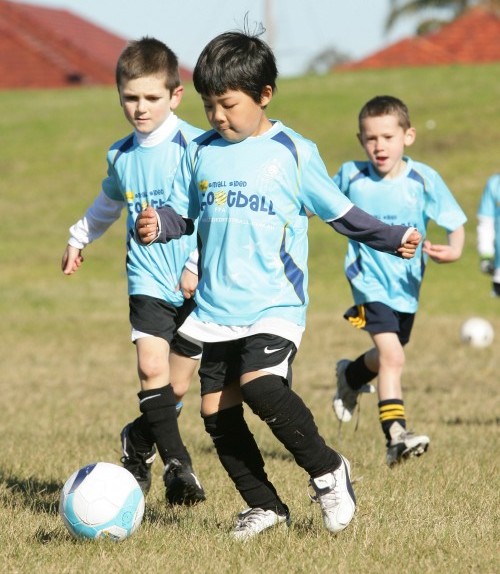 The Sydney Morning Herald has alleged that primary and high school children in NSW do less exercise now than six years ago, citing a recent survey of 8,100 students across the state.

The 17% who had joined one of the Australian Sports Commission's Active After-School Communities programs were found to be just as likely to be among the more than half of all primary students who did not meet the recommended one hour each day of moderate or vigorous physical activity, according to the findings from the study sponsored by NSW Health.

Dr Louise Hardy of the University of Sydney's Prevention Research Collaboration and the NSW project's chief investigator, said the results were worrying.

Dr Hardy explained that even though overweight and obesity rates had plateaued after 2004, when an identical survey was conducted, "parents themselves don't rank the (physical exercise) curriculum as (highly) ï¾ there's a greater push in the academic side of things."

Dr Hardy added that "the curriculum is so crowded and one of the things that does drop off is the kids' sport."

Dr Hardy praised the Federal Government for supporting the after-school activity program - which will this year be attended by up to 190,000 children through 3,162 schools and after-school care centres - but said the NSW results suggested its delivery should be re-examined.

"There needs to be a good evaluation of that program given how much money is spent on it," Dr Hardy added, "we need to know whether it is the kids who are active already who are going there, but our research doesn't suggest that. Are the kids just sitting round, or are they huffing and puffing?"

High school students were much less likely to meet exercise guidelines during the winter, with boys showing a bigger decline than girls between 2004 and 2010. But girls were less likely than boys to be adequately active in all age groups, from year six to year 10.

In 2011, up to 190,000 children will be provided with free access to sport as part of the current Active After-School Communities program.

3,162 schools and after-school care centres were accepted into the program for 2011.