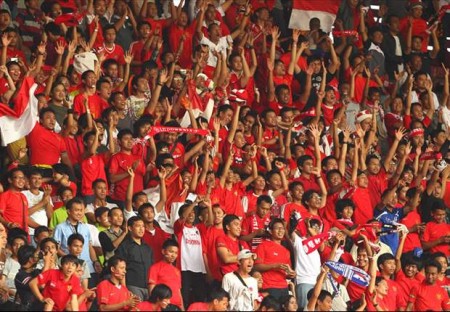 The Asian Football Confederation (AFC) has hailed Indonesians for their remarkable passion for football.

Speaking during a recent professional football inspection visit to Indonesia, AFC Competitions Director Tokuaki Suzuki pointed out Indonesia football's strengths and what they should do to improve, stating "there is remarkable football passion in the country and impressive media interest to cover local football.

"We have already explained to the club on the 11 categories of the AFC Asian Champions League (ACL) criteria and hoped they pay enough effort to meet the requirements."

The AFC's Special Mission Team's inspection in Indonesia ended with a meeting with the local federation and league delegation after intensive discussions in Jakarta.

Leading the SMT, Suzuki, who is also the AFC Professional Football Development Project Director, briefed the media on the objectives of the mission and process of making decisions afterwards.

Suzuki added "after visiting 24 clubs across the country and checking the status of the stadiums, we had a meeting with each individual club and recommended to them the ways to improve themselves as we were here to assist Indonesian football as part of our job."

The SMT's inspection in Indonesia not only assessed club facilities but also shared its knowledge, information and expertise to enhance and encourage them to meet the criteria of the ACL.

• Lack of appropriate stadium flow and security arrangement during match day;
• Not conducting match operation at high standard especially in international matches;
• Floodlights at the stadiums rarely reach 1200 LUX
• Insufficient teams in clubs and competitions in the region or country to keep up competitive football for youth ages.

The SMT's mission was concluded with a club workshop in Jakarta before watching a league match between Persib Bandung and Seman Padang FC in Bandung city.