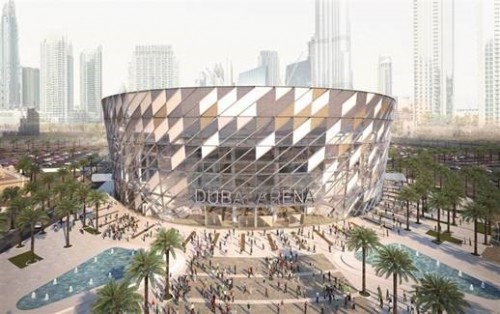 AEG Ogden has announced that it has been appointed to manage the new, state of the art 20,000 seat Dubai Arena when it opens in 2018.

Welcoming AEG Ogden’s second management contract in the Arabian Gulf, AEG Ogden Chairman and Chief Harvey Lister said the company was excited to be working with Meraas to deliver an innovative world class, NBA standard arena that will put Dubai on the international entertainment touring circuit and make a major contribution to the Emirate’s continued development as a major tourism destination.

Lister explained “Meraas has established itself as a key innovator in the UAE and is to be commended for strengthening Dubai’s global position through redefining industries in the property, hospitality, retail, healthcare, leisure and entertainment sectors. “

Lister sees Dubai as being strategically positioned to capitalise on acts coming out of or flying to Europe via AEG’s established network of venues in Australia and Asia.

He added “Dubai Arena joins AEG Ogden’s growing network in the Asia Pacific region which includes arenas in Sydney, Brisbane, Perth and Newcastle and three in China, convention centres with entertainment theatre inclusions in Sydney, Brisbane, Cairns, Darwin, Kuala Lumpur and Oman, plus the 52,000 seat Suncorp Stadium in Brisbane and will be a valued addition to AEG Facilities’ family of 130 plus iconic venues worldwide.

“It will also strengthen AEG’s position in the Middle East where stage one of the US$1.5 billion Oman Convention and Exhibition Centre opened last month and work is proceeding on stage two which includes a 3,200 seat theatre.” 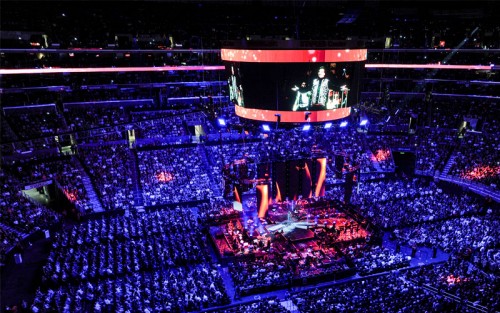 Spanning an area of about 47,000 metre² and with a capacity of 20,000, Dubai Arena is set to enhance the Emirate’s leisure and entertainment offering and become the ‘go to’ venue in the Middle East region for large scale international music concerts, sporting events such as international hockey and basketball as well as other entertainment events.

Dubai Arena will be the only all-purpose indoor air-conditioned arena of its size in the entire region and will boast an advanced infrastructure allowing it to accommodate mega-events.

Strategically located at CITY WALK with close proximity to the Dubai International Airport and accessible via the Dubai Metro, the new venue will be at the heart of Dubai’s latest urban lifestyle destination surrounded by a plethora of hospitality, food and beverage, entertainment and shopping options.

Dubai Arena is designed to have automated malleable seats which enables the venue to transform according to the scale of the event being held, no matter how small or big it is. It will also be able to host large scale weddings requiring extremely grand decorations and unconventional set-up which cannot be accommodated elsewhere. The project will attract distinctive and unique events that will appeal all audiences and will allow Dubai to be included alongside other key international cities such as London, Sydney and New York in hosting major touring events.

The project management contract for the destination was awarded to DXB Entertainment PJSC who are responsible to oversee the design and construction of Dubai Arena.