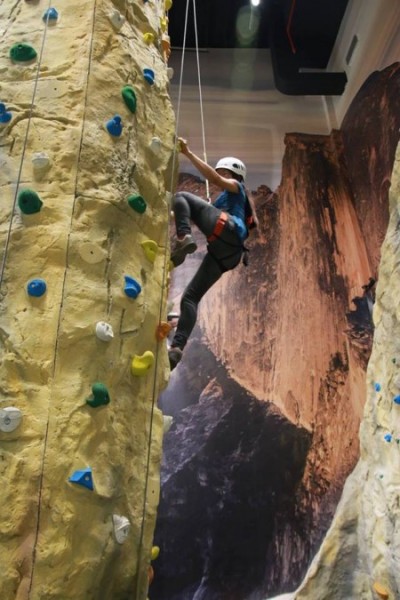 Since the company was founded in Dubai six years ago, it has opened adventure sport centres in retail malls featuring climbing and bouldering walls, skate parks, a bike pump track and a trampoline arena.

The standout activity in its new Adventure Zone is the network of weaving, cave-like tunnels to crawl through while wearing authentic mining helmets – which the company claims this is only the second of its kind in the world.

Introducing the new attraction, Adventure HQ founding Chief Executive Sam Whittam explains “the only other place you can try indoor caving is in Ireland.

“The new Yas Mall caving experience is as lifelike as it can get, and there are lots of different routes you can do.”

Whittam says the cave tunnels offer the thrills, without the dangers, of being inside an actual cave tunnel, adding “the company that manufactures the cave tunnels and the climbing pinnacle use a glass-reinforced plastic, which they mould off actual rock climbing faces on limestone cliffs in Bulgaria.”

Another new feature is that Adventure HQ is also inviting schools to bring children to use their adventure sports facilities during lesson times, as well as after school. The company, which is the region’s largest outdoor adventure and active-lifestyle retail specialist, has spent the past year developing an initiative to encourage schools to use their facilities for physics, chemistry and maths classes, as well as for PE lessons.

Whittam comments “we’ve got a couple of in-house school leaders from the UK, who have developed a program in conjunction with some teachers.

“We put 104 different lesson plans together that all link back to learning objectives around whatever the schools are trying to get the kids to understand in their curriculums. This is a really great (program) we can run for the schools, to get kids more active.”

It has also been reported that Yas Mall has welcomed more than 20 million visitors since it opened in November 2014 - roughly the equivalent of seven visits over the year by every person living in Abu Dhabi emirate. 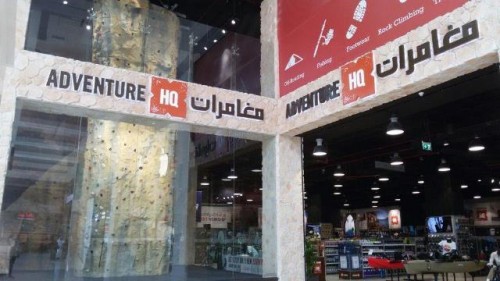 According to Abu Dhabi-based developer Aldar, which owns the 235,000 metre² mall on Yas Island, close to the capital’s main airport, a total of 18 million shoppers visited last year alone.

Aldar Chief Executive Mohamed Al Mubarak stated “I am very pleased with the growth in visitor numbers we have witnessed at Yas Mall in 2015.”

By comparison, about 90 million shoppers visited The Dubai Mall, the UAE’s largest shopping mall during just the first nine months of the year, owner Emaar Malls Group reported in October.

However, a large proportion of those are thought to have been tourists who come in larger numbers to Dubai than to Abu Dhabi.