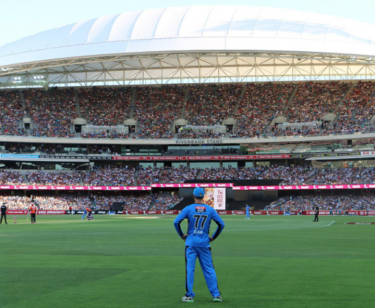 The redeveloped Adelaide Oval has won another award with the recent receipt of the 2015 Property Council of Australia/Rider Levett Bucknall Innovation and Excellence Awards.

The venue has received multiple industry, building and design awards since its opening in the first half of 2014.

Taking home the prestigious Malcolm Kinnaird Engineering Excellence Award, along with the Buildings and Structures Excellence prize, the project was acknowledged for transforming the previously aging venue into a state of the art, 53,500 seat stadium, that has also revitalised the city’s riverbank precinct.

Arup, Aurecon, AECOM and Wallbridge & Gilbert collaborated closely on the project, which involved construction of a new southern and eastern stand, and retained the heritage scoreboard, grassed northern mound, and views of the St Peters Cathedral.

The team worked closely with Cox Architects, Hames Sharley, Walterbrooke and Lend Lease to address a site that had inherent problems relating to low to medium levels of environmental constraints, ranging from contamination to mixed fill types resulting from earlier development projects.

One of the project’s key innovations was the use of fabric roofing on the new stands, with Fabritecture chosen by Lend Lease as the preferred supplier.

Commenting on the project, Fabritecture Director David Gullis explained that “the stadium delivers shade through summer and protection from the elements in winter, with 77% of stadium seating under cover.

“We have tailored our design to complement plans for the seating expansion and the end result will be the delivery of a structure that will enhance the overall visual appeal of the stadium.”

Fabritecture used more than 20,000 metres2 of two grades of PTFE fabric (Teflon coated fibreglass), with different levels of translucency, to clad the roofs of the southern and eastern stands, creating interesting contrasts between light and shade and allowing the sunlight to filter through into the grandstands.