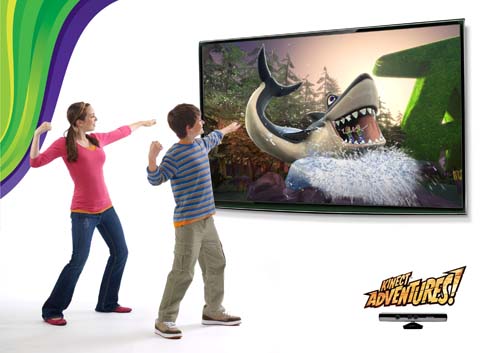 Playing active video games could help overweight and obese children lose weight, according to a new study from the University of Queensland (UQ).

Professor Stewart Trost of the UQ Centre for Research on Exercise, Physical Activity and Health said the results revealed a significant increase in physical activity and a reduction in excess weight among overweight and obese children.

Active video games, such as Xbox Kinect, involve the player participating in movements such as running on the spot, jumping, or pretending to play sporting games such as tennis to reach game targets.

He explained "this could help address the childhood obesity epidemic that is taking a toll on children's health and the nation's resources.

"The results suggest that health professionals working with overweight or obese children should consider active video games as a way to increase physical activity and motivation for exercise.

"Parents concerned about their children being sedentary and playing too many video or computer games should also consider making active gaming an option for the entire family."

The other group completed the paediatric obesity intervention program as normal.

"There was no change in physical activity among the children who participated only in the weight management program without active video games.

For more information go to http://archpedi.jamanetwork.com/journal.aspx