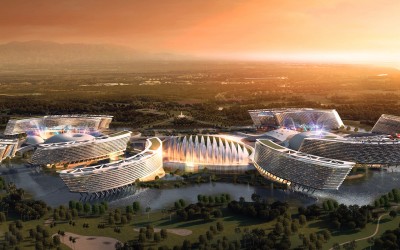 The Australian Competition and Consumer Commission (ACCC) has announced that it will not oppose the proposed acquisition of the Reef Hotel Casino (Reef Casino) in Cairns by Aquis Reef Holdings.

Aquis' plans to develop a major integrated resort and casino at Yorkeys Knob 15 kilometres north of Cairns would see the city having two casinos,

In a related transaction, Aquis also proposed to acquire the Canberra Casino from one of the main unitholders in the Reef Casino Trust.

Explaining the agency's decision, ACCC Commissioner Jill Walker explained “the ACCC carefully reviewed the proposed acquisition by Aquis of the Reef Casino because it has the potential to reduce the future number of casino owners in Cairns from two to one."

“However, the ACCC’s investigations suggested that there was likely to be limited competition between the Reef Casino and the Aquis Resort in the absence of the proposed acquisition.

“Development of the Aquis Resort is still at an early stage, and is conditional on a number of factors. Nonetheless, the ACCC understands that the resort, if developed, would be of a scale that is unprecedented in Australia. The total expenditure required to develop the first stage alone would be over $5 billion.

“The ACCC was satisfied that, if developed, the Aquis Resort will focus primarily on international VIP customers because the size of its proposed investment would require a much higher return than could be obtained from non-VIP customers.

“In contrast, the vast majority of the Reef Casino’s customers are non-VIP Cairns residents and domestic tourists, making bets at relatively low stakes. The Reef Casino makes most of its revenue from gaming machines, rather than from table games.”

The Aquis Resort is currently one of two proposals shortlisted by the Queensland Government for the award of up to two casino licences as part of regional integrated resort developments. Facilities at the Aquis Resort would include eight hotels, high-end retail shopping, an aquarium, two theatres, and convention and exhibition facilities.

The Queensland Government is expected to make a final decision on whether the Aquis Resort will receive a casino licence in 2015.

King was the co-founder of MFS, the financial services and leisure company that collapsed spectacularly in 2008 with debts of about $3 billion.