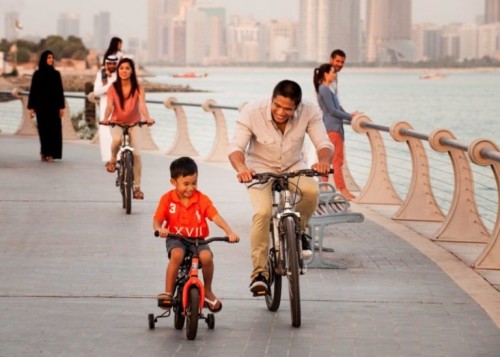 Abu Dhabi has been named the safest city in the world in the 2017 safety index ranking by online database Numbeo.

The United Arab Emirates municipality came in with the lowest crime index of just 13.54 in the past six months and the highest safety index of 86.46. It was closely followed by Doha, Qatar; Basel, Switzerland; Munich, Germany; and Osaka, Japan.

Respondents to the index stated that Abu Dhabi has very low crime levels and scored the capital at 94% for a general feeling of safety in the city.

Abu Dhabi Tourism and Culture Authority Director General Saif Saeed Ghobash said Abu Dhabi has a solid reputation for safety with a virtually crime-free society, stating “it is a priority when choosing a city to visit or live in and provides peace of mind knowing that you can feel safe anywhere you go in Abu Dhabi.

“The result of this index supports Abu Dhabi’s position as the leading city in the world to live, work and do business in, and highlights an aspect of life in Abu Dhabi that is a matter of great pride to all residents.”

The highest scoring Australian city was Canberra, coming in at number 28 with a crime index of 22.23 and a safety index of 77.77.