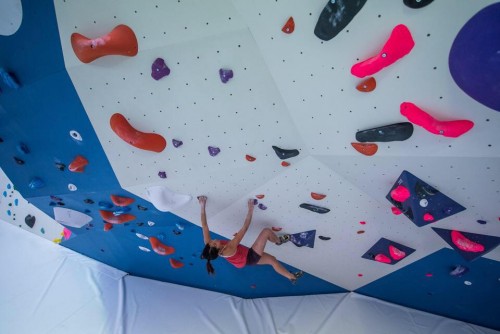 Sydney’s fast-growing indoor climbing scene has seen the opening of a new bouldering gym, 9 Degrees Parramatta, an expansion of the popular Alexandria-based facility of the same name.

Located in Rydalmere, the facility is called 9 Degrees because its offers nine degrees of difficulty spread over its multiple, regularly changed, climbs.

Commenting on the new facility, Gym Manager and high-ranking competitive climber Jack Masel, told the Broadsheet website “Alexandria was a huge success (and) we wanted to expand and tailor a gym more to what we'd learnt about Sydney and what Sydney climbers want.”

Masel and Martijn van Eijkelenborg responded to a demand for steep and overhanging climbs – favoured by those training for outdoor cave climbing – and installed a large overhang, as well as several smaller steep climbs and an extensive training room at the new gym.

As a result, the gym offers climbers strength training on a moon board (a short climbing wall featuring small holds); pumping chin-ups on fitness equipment; setting climbs on a system board (a low training wall with wooden holds); and testing their finger, grip and hanging strength on a 170 hold Beastmaker (a board of smooth wooden ledges). 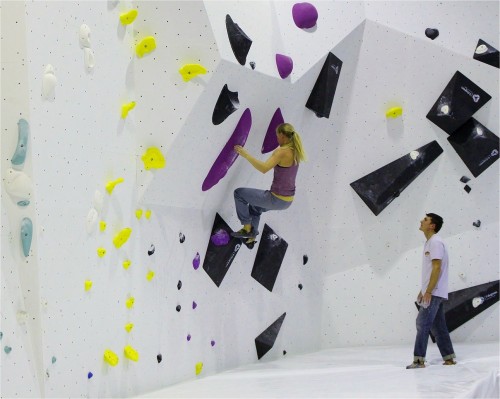 The climbing area, slightly smaller than its sister venue in Alexandria, but big compared to the other bouldering gyms, is designed for more than pure strength and technique training.

Holds at the gym have been supplied by German-based manufacturer Blocz with each of the climbs to be regularly reset by sector rather than colour or grade.

Masel adds “I'll (change) a different sector, about eight metres of wall, once or twice a week. Basically, the whole gym will be reset every four to seven weeks.”

Website Mpora recently named 9 Degrees Alexandria third in a list of the ‘10 Best Bouldering Walls Across The World’.