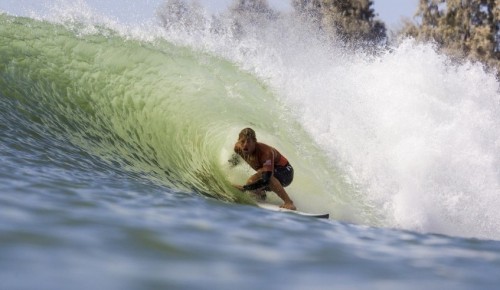 The World Surf League (WSL) will visit the first facility utilising artificial wave technology for its 2018 season as part of a significant overhaul to the calendar for its World Championship Tour.

The addition of the WSL Surf Ranch Facility in Lemoore, California, is the headline part of the new calendar, with the League keen to open up to the possibilities opened up to the sport through the development of surf parks.

Since coming online in December 2015, the WSL Surf Ranch Facility, developed by surfing legend Kelly Slater, has undergone refinement and evolution of its technology. A test event this year in September, the Future Classic, delivered positive results in terms of competitive experience and feedback from surfers training there throughout the season has encouraged the WSL to pursue an event at the facility in 2018.

Delivering consistent and predictable waves at the man-made facility, the addition of the artificial wave venue to the WSL is being hailed as a win for surfers, administrators and fans.

WSL Chief Executive Sophie Goldschmidt stated “we're only scratching the surface of how this technology can be applied and it is completely game-changing for the sport.”

WSL Commissioner Kieren Perrow added “this technology, and its ability to deliver high-quality waves at any location in the world, opens so many possibilities for how we can complement and evolve the competitive experience.”

The technology developed by Slater's company, which was acquired by WSL Holdings in May 2016, uses a 7,000 kilogram hydrofoil to create waves that break in succession at specifically timed intervals.

The waves take form, crest, and break across 650 metre on a man-made lake, with the force and speed of actual ocean-borne waves.

In addition, the waves are much longer than ocean waves and can be programmed to run at various frequencies.

Australian surfer Adrian Buchan has welcomed the move, concluding “the experience of competing at Surf Ranch is pretty extraordinary.

"The ocean will always be our home, but as we grow, having the opportunity to showcase and share the stoke of surfing to new audiences and schedule with pinpoint accuracy the huge match-ups and drama of the WSL is really exciting."

Image: A surfer enjoys a wave at the WSL Surf Ranch Facility.