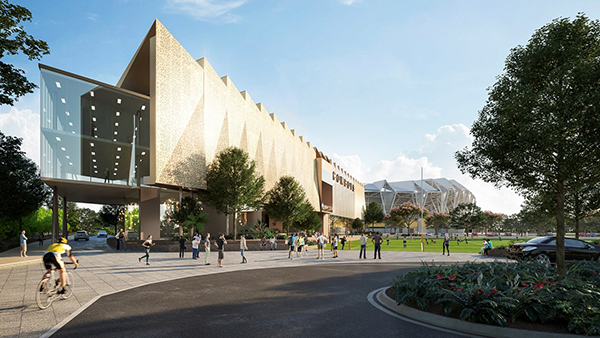 Federal Minister for Resources, Water and Northern Australia Keith Pitt noted the Townsville club could draw on the funds from next week and added “the new Community, Training and High-Performance Centre will ensure the Cowboys and other sports clubs in North Queensland will have access to the best possible facilities to help build on their sporting success.”

The centre is being built next to the Cowboys’ home stadium in Townsville. When completed in early 2021, it will include community areas, multi-sport high-performance training spaces, as well as sports medicine and sports science labs.

Minister Pitt advised that the NAIF finance meant the Cowboys and Townsville community would have world-class training and sports-medicine facilities which would attract athletes, teams and researchers to Australia’s tropical north.

Other athletes and sporting teams will also have access to the Centre, including the Townsville Fire Women’s National Basketball League team and touring sporting teams.

Member for Herbert Phillip Thompson said the project was already delivering fantastic results for the Townsville economy advising “I had the opportunity to tour the Community and High Performance Centre construction site just a couple of weeks ago and to see the number of workers really reinforced that this project is creating jobs at a time we need them most.

“It’s great that the NAIF loan, in conjunction with the federal government grant, has been able to help this plan come to fruition.”

James Cook University in Townsville will be a tenant in the Centre, where the university will operate a sports science and research facility.

Medical sports consulting and sports rehabilitation services will also be provided at the Centre, while the Townsville City Council will be able to host events for the public at the community field.

NAIF has so far approved loans worth $2.1 billion to a range of infrastructure projects across northern Australia with another $300 million of new projects under consideration for the near future.

In Queensland, the total NAIF Investment is valued at more than $900 million, with five projects directly in Townsville valued at over $230 million.

NAIF Key Facts as provided by the Federal Government