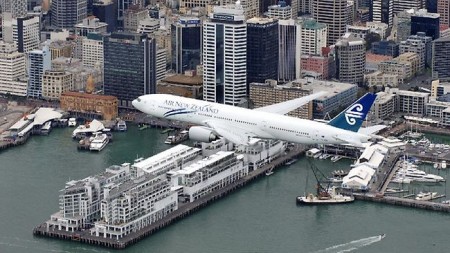 Visitors were asked to indicate on their arrival card whether they were in New Zealand for Rugby World Cup.

RNZ 2011, General Manager Marketing and Communications Shane Harmon stated "this is a fantastic result for New Zealand and the tournament.

"One month prior to the Tournament we estimated 95,000 visitors based on ticket purchases to that point, so it's really pleasing to see that the momentum continued in the lead into and during Rugby World Cup".

The influx of visitors led to a 17% increase in total visitor arrivals in October 2011, compared with October 2010. Previous analysis suggested 44% of visiting fans were first-time visitors to New Zealand.

"Many were first-time visitors who were here for the rugby, but also got to see the stadium of four million come to life through the REAL New Zealand Festival, the fan zones and Kiwi hospitality".

Australia led the way contributing 55,200 visitors. Interestingly only 63% of Australian arrivals were Australian citizens. Large numbers of Kiwi, British, Irish and South African ex-pats made the trip across the Tasman.

Harmon added "the number of visitors out of Australia is a great result and it demonstrates, as anticipated, that many rugby fans living in Australia made a late decision to come to New Zealand."

17th May 2011 - IMPROVING PERFORMANCE IN THE NZ VISITOR INDUSTRY