$120 million to be spent on Margaret River tourism infrastructure

A major plan to boost visitor numbers throughout the Margaret River region has been unveiled by the South West Development Commission (SWDC).

Outlining a five-year strategy for tourism in Western Australia's south west, SWDC's Tourism Futures South West strategy calls for $120 million to be spent on infrastructure in the region, and a push to attract more Asian tourists to the region - specifically from China.

Infrastructure projects backed in the strategy include $15 million for the Australian Mega Fauna Centre at Mammoth Cave to highlight the region's biodiversity deemed a project of state significance.

Other projects include cruise ship facilities at the Augusta Boat Harbour, including signage, seating, landscaping and pathways to cater for cruise ships, recreational and whale watch boats; a $6 million International Whale Interpretation Centre and $60 million in road improvements across the region.

Tourism Futures South West also backs the South West Mountain Bike Plan 2012-2017, currently being developed with the support of the Western Australian Department of Conservation and the WA Department of Sport and Recreation. The Plan outlines a staged development of mountain bike trails in the South West over five years.

SWDC Chairman Stuart Hicks expects that the report will guide the Commission's efforts to attract more visitors to the South West, entice visitors to stay longer in the region and encourage tourists to spend more during their stay.

Hicks explained "tourism is an important sector for the South West region; however it has largely been reliant on the domestic market.

"The South West region of Western Australia is already popular with visitors, attracting more tourists than any other region in the State outside of Perth. 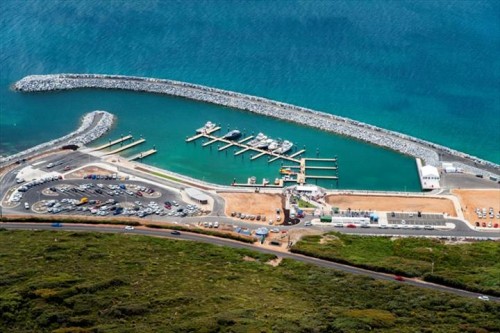 "But as popular as it is, we believe it has more to offer and that this strategy will help the region reach its potential in the tourism sector.

"Tourism Futures South West, developed by the South West Development Commission's Tourism Subcommittee, seeks to address these trends and explore opportunities that will deliver meaningful tourism outcomes for the region.

"This will include leveraging off the strength of the Margaret River brand to provide flow on benefits to the rest of the South West."

The report states that "the majority of Western Australian tourists coming to the region visit the City of Busselton, while interstate and international visitors prefer the Shire of Augusta-Margaret River."

A focus is accordingly planned on international markets, specifically China, with an Asia-ready tourism campaign including Asian-language brochures, staff training on Asian cultures and marketing in Asia.

Hicks said tourism was an important industry to the South West region, injecting millions of dollars into the region's economy each year and provided significant employment opportunities.

He concluded "in addition to supporting our own activities, we anticipate Tourism Futures South West will also be used by tourism organisations to support funding applications, and potential investors wanting insight into the region's tourism trends and priorities."

The report notes the number of overall visitors to the South West region has declined in recent years, though 2011 saw a slight increase in the length of stay, primarily by international visitors.