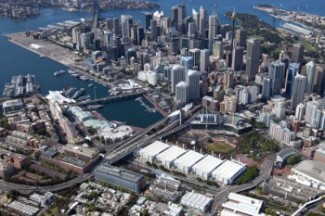 A $1 billion investment in creating an integrated convention, exhibition and entertainment precinct at Sydney's Darling Harbour aims to boost the competitiveness of the NSW major events industry.

Highlighting the precinct as an Australian first, Premier O'Farrell suggested that current facilities were not able to accommodate demand for conventions and exhibitions and that, as a result, NSW had suffered an economic loss of $150 million over the past four years.

The NSW Premier stated "the project will boost the competitiveness of the NSW major events industry, ensuring we don't miss any more opportunities."

Premier O'Farrell suggested that creation of the new precinct would allow Sydney to tackle the Asia-Pacific market head-on, the new flexible facilities combined with technological innovation and improved efficiency providing much needed capacity for 'mega' conferences and a range of other major events, adding "today we've reached the next stage in the tendering process, with a Request for Proposals issued to the consortia bidding for the project - a major step towards selecting the winning proposal by the end of the year." 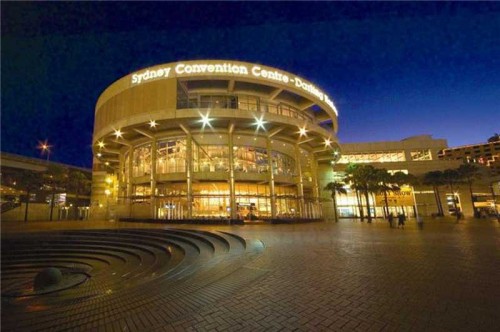 Premier O'Farrell also noted the projects scope for significant improvements to the public domain and a complete face-lift for Darling Harbour, concluding "as well as the world-class facilities, families will continue to be able to enjoy the best that Darling Harbour has to offer, including the same amount of open space."

It will also include almost double the dedicated banqueting facilities, a red carpet, premium entertainment facility with a capacity of at least 8,000 people and state-of-the-art technology throughout.

The construction period is expected to take up to three years, between late 2013 and late 2016.

It is currently unclear as to whether parts of the Sydney Convention and Exhibition Centre (SCEC) will remain open to host events during construction with conflicting information from the NSW Government as to whether the SCEC will be completely closed.

Images: The  Sydney Convention and Exhibition Centre is set for demolition as the city's Darling Harbour precinct is remodelled.