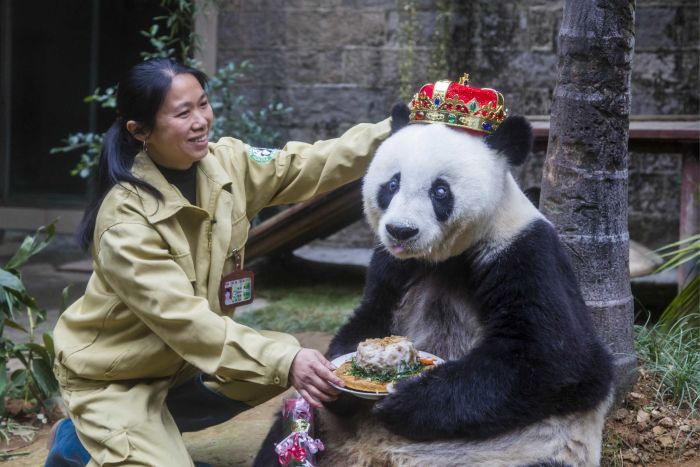 China is mourning the death of the world's oldest panda, Basi, who attracted millions of visitors during a visit to the United States 30 years ago.

Caretakers in the eastern city of Fuzhou said Basi was suffering from a number of ailments, including liver and kidney problems, when she died on Wednesday at age 37.

China’s official Xinhua News Agency reported that the panda's body is to be preserved and placed in a museum dedicated to her life.

Referring to tricks the panda had been taught earlier in its life, Xinhua advised “she was very talented and liked weight-lifting, riding a bicycle and playing basketball.”

Born in the wild in 1980, Basi was discovered by villagers after falling into an icy river in the western province of Sichuan at age four, and sent to the breeding centre in Fuzhou.

She lived out her life there without giving birth to cubs.

Basi made a then-rare visit to San Diego in the United States in 1987, where she drew more than two million visitors during a 200-day stay accompanied by fellow panda Yuan Yuan, and was the model for the mascot of the 11th Asian Games, held in Beijing in 1990.

An estimated 1,864 exist in the wild, where they are threatened chiefly with habitat loss, and about 420 others live in captivity in zoos and reserves, the majority within China.

Giant pandas are generally considered old after reaching 20, but can live for many more years in captivity, where they can be treated for diseases and shielded from accidents.

That has led to a growing number of geriatric captive pandas who suffer from failing eyesight, poor digestion, bad teeth and arthritic limbs, along with fluctuating emotions.

A special home for the old timers has been set up in Sichuan to provide customised diets, exercise and other care aimed at improving their quality of life.