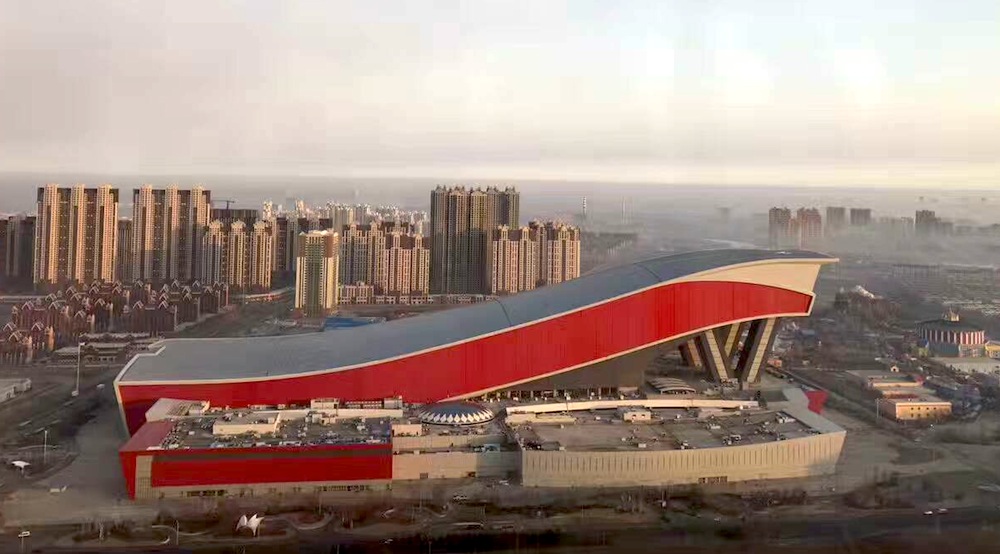 Due to open in June, the Harbin Wanda Snow Amusement Park in north eastern China is set to the world’s biggest indoor snow park based on snow surface area.

The new development from China’s entertainment and real estate giant the Dalian Wanda Group will offer six runs, the longest of which is half-a-kilometre.

The main intermediate run is 60 metres wide and has a 20° pitch. At 500 metres in length, it is the fourth longest indoor run in the world, beaten by slopes in France, Germany and the Netherlands. However, its width is greater than those at the European centres, giving the new Chinese facility ultimate bragging rights.

Other runs include two 40 metre long easy slopes in a separate area. As well as chairlifts there will be conveyor lifts with moving handrails.

Harbin has traditionally been China’s leading winter sports destination, although with the 2022 Winter Olympics being staged in Beijing and Zhangjiakou focus has shifted further south.

The region features over 50 outdoor ski centres, however temperatures in Harbin can reach -20 to -30°C in winter. The new indoor facility is therefore expected to come into its own once the seasons change.

Spanning 80 hectares in Harbin’s Songbei New District of the city, the ongong development is set to include a shopping mall, movie park, outdoor theme park, numerous hotels and a stage show.