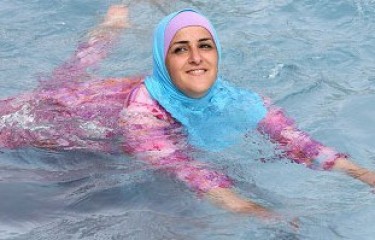 Plans by Councils in Melbourne to introduce womens-only fitness and swimming sessions in aquatic and recreation centres have been criticised by Melbourne newspaper The Herald Sun.

Over recent months, several Councils, including the Cities of Greater Dandenong, Monash, Moreland and Whittlesea, have sought exemptions from Victoria's equal opportunity laws to offer separate sessions for women at a public leisure facilities.

Womens-only swim and fitness sessions, sometime tailored to specific religions or nationalities, have been seen as a popular way of reaching new users and customers at otherwise quiet times. Friday night swimming for Muslim women, popular in mixed race urban areas in the United Kingdom and Australia, is often cited as a fine example of imaginative and popular programming.

In Victoria, the most recent example of such programming is set to see the City of Whittlesea offer women-only swimming sessions at its new Thomastown Recreation and Aquatic Centre.

Explaining the classes, Mayor Rex Griffin explained that women "across a range of backgrounds responded that they would feel more comfortable using the centre with the option of women-only sessions."

The Mayor added that Thomastown was a multicultural area and other councils had been running similar programs over many years.

The City of Monash has also introduced women-only aquatic exercise classes at its Clayton Community Centre every second Sunday evening. To accommodate this programming, which aim to address issues such as "obesity, social isolation and lack of physical strength", curtains to ensure privacy for the largely Muslim women taking part are to be installed.

The Herald-Sun has suggested the curtains will cost up to $45,000 to install and used the cost to whip up a backlash.

It quoted John Roskam, head of free market think tank, the Institute of Public Affairs, as stating that he welcomed diversity, but integration of migrants was paramount and Ratepayers Victoria President Jack Davis as saying that it was disgraceful for councils to subsidise programs that segregated people .

"People come to Australia because it's a better place," Davis stated, adding "so then you should become Australian and abide by the customs of Australia, not change Australia to suit your customs from another country."

However, Municipal Association of Victoria Chief Executive Rob Spence was quoted as saying that councils were simply trying to build tolerance, stating "you cannot expect those from different cultural backgrounds to throw away their beliefs."

Ross Buscemi, Director of refugee charity group the New Hope Foundation, said his organisation had lobbied the City of Monash for the sessions on behalf of Muslim women, mostly from African countries including Eritrea, Ethiopia and Sudan.

Buscemi said the women had sought separate classes for cultural reasons and curtains or blinds were needed to protect their privacy because the centre had glass walls.

"At night, when the lights are on inside, everybody in there can be seen - it's a broader privacy issue, not just for the women."