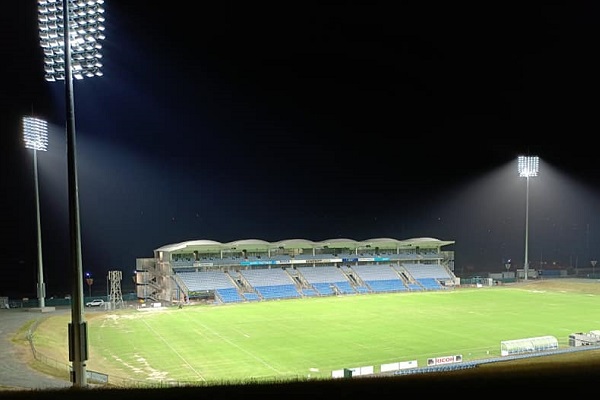 Completed in time for the upcoming rugby season, the new lighting towers and LED floodlights have been installed under a $3.3 million project ahead of this year's Mitre 10 Cup and the Women's Rugby World Cup.

As reported by the Northern Advocate, the new high-tech lights and towers are bright enough for high-definition television recording and broadcasting of domestic and international games.

Taller than the floodlight towers they replace, the lights can be tilted to shine down on to the field, rather than across it, which aids broadcasting and reduces light spill effecting nearby residents.

She acknowledged sports field lighting specialists Stevenson & Turner which assisted with the design build contract, and Musco/Highway Electrical that worked with Stevenson & Turner to design the lighting system, telling the Northern Advocate “it is testament to the way a wide range of stakeholders in this project have worked willingly together to achieve the best outcome for all involved.”

Located at the Northland Events Centre, Semenoff Stadium is the home stadium of Northland Rugby Union.