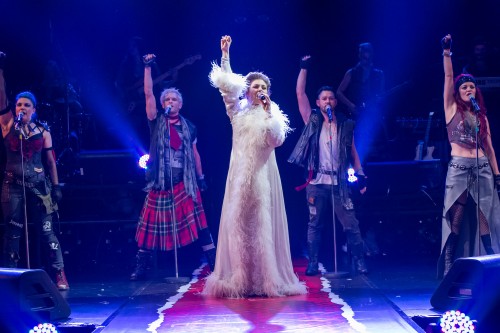 Promoters of the musical, ‘That Bloody Woman’, which honours the work of Kate Sheppard, the most prominent member of the women’s suffrage movement in New Zealand, announced that tickets for those who identify as women will cost 9.4% less than tickets for men.

Earlier this year, Statistics NZ revealed that the gender pay gap in the country sits at 9.4% – which is reflected in the ticket pricing offer.

A statement from the Show’s promoters explained that continuing pay gap is “a fact undeniably relevant to this show touring at a vital time for female leaders.

“Kate Sheppard didn’t fight to win women the right to vote so that well over a hundred years later we’d still be fighting for equality. A gender pay gap of 9.4% is an improvement, but it’s not enough.”

After a stunning debut season That Bloody Woman were invited to join 2017's Auckland Live's International Cabaret Season after the outstanding response to its debut, hailed by critics as; "a kick ass punk rock musical full of infectious tunes that is unafraid to have fun, but just as unafraid to bring intelligence and insight to this powerful and important moment in history" -
The Press.

Since New Zealand was the first country to introduce universal suffrage in 1893, Sheppard’s work has had a considerable impact on women’s suffrage movements in several other countries. She also appears on the New Zealand $10 dollar note.

‘That Bloody Woman’ is at the Wellington at the Opera House from 13th to 16th September.

For more information go to tourmakers.co.nz/show/that-bloody-woman/