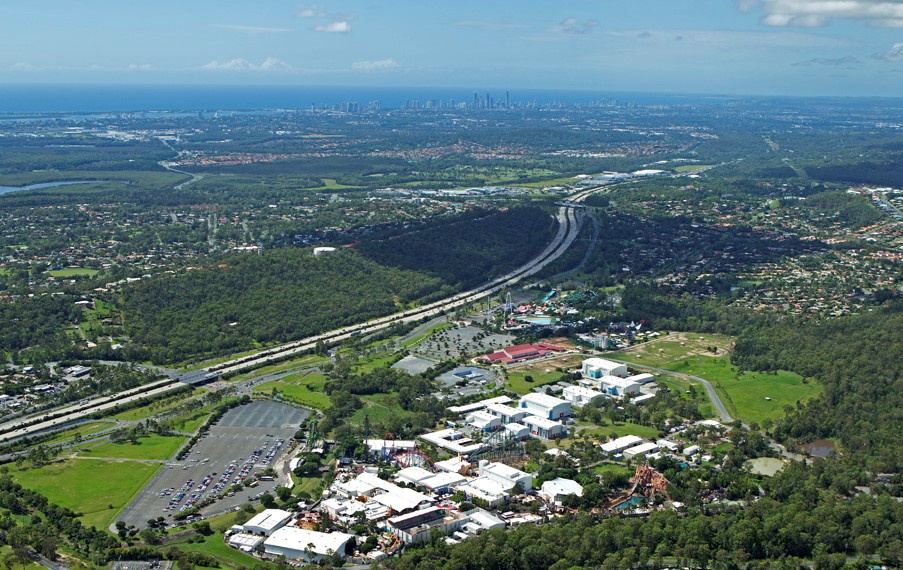 Village Roadshow Theme Parks has revealed that it is in exclusive negotiations with a buyer to sell its 154 hectrare landholding on the Gold Coast – home to Warner Bros. Movie World, Wet’n’Wild Golad Coast, Australian Outback Spectacular, Paradise Country and Village Roadshow Studios.

The sale was announced in September by the Melbourne-based company, which has been under pressure to cut its debt via asset sales following a tough year, in which it announced a $66.7 million loss.

As reported by the Gold Coast Bulletin, the land, if sold, would be leased for 30 years, with the company also outlining six 10-year options, meaning a total leasing period of 90 years.

Village Roadshow’s profit was impacted by the deaths of four guests at rival Ardent Leisure’s Dreamworld last year, which caused a sharp drop in visitor numbers and earnings at its theme parks.

Village Roadshow Chairman Robert Kirby, in an address to the company’s annual meeting, said the theme park operator was in “exclusive negotiations with a preferred bidder”.

Kirby advised “the negotiations, which are anticipated to be completed in the next 90 days, will correct our balance sheet and gearing.”

In other news from Village Roadshow’s annual meeting, the company says it is still experiencing low visitor numbers a year after the fatal accident at Dreamworld, but expects to start paying dividends again this financial year.

The company said Gold Coast theme park attendance to 31st October this year was 5.4% behind the prior corresponding period, which was largely before the Dreamworld fatalities.

Village Roadshow expects to see a pick-up in attendance during the Christmas and summer holidays and forecasts its theme parks division will deliver a “substantial improvement” in 2018 full-year earnings, compared to the prior year.

So far in the 2018 financial year, Village Roadshow’s cinema exhibition division’s performance has been significantly below the same period last year.

Image: Village Roadshow's Gold Coast landholding from the air in 2012.